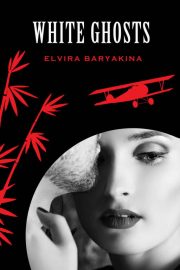 Welcome to an awe-inspiring world of Shanghai in the roaring 1920s.
White colonialists see themselves as the supreme race exploiting China for its cheap labor and reaping the rewards of its opium market. But then Russians come and ruin the perfect world Europeans and Americans built for themselves in China. Fleeing the Bolsheviks, Russian refugees arrive in thousands, noblemen and common laborers alike, ready to take any job and get their hands dirty. They don’t care if it made other white people look not so exceptional in front of the locals.
Klim Rogov, a Russian journalist famous for his wit, used to be a rich man who won the heart of a brilliant, passionate young business woman, Nina Kupina. Now, they find themselves in a rusty refugee ship anchoring in Shanghai harbor without money, documents, and any prospect in the near future, but Klim believes that he and Nina can cope with any challenge as long as they are together.
One night, Nina disappears from the ship amidst strange circumstances, and Klim’s fellow refugees suspect that she ran away with another man.
Once in the city, Klim is rejected by both the whites and the Chinese, and his only dubious ally is a difficult teenage dancer who decides to seduce him for sport. Klim knows that the “fallen gods” should keep a low profile, but he is obsessed with winning his life back and finding out what happened to Nina.
He writes a diary, which becomes a whimsical China travel guide to the world of weapon smugglers, opium traders, corrupt police, and communist agents doing everything possible to ignite a civil war in China.
But when Klim discovers Nina’s dark secret, he begins to doubt if he can handle it. And to make things worse, the Chinese nationalists gather an army and launch an attack on defenseless Shanghai.

A STORY OF A MAN WHO HAD NEVER BETRAYED HIS WIFE

For several weeks now, two thousand Russian souls had been killing time in the Shanghai harbor, trapped on their ships bearing the faded banners of a state that no longer existed—the Russian Empire. But the Shanghai authorities still had no idea what to do with them. The representatives of the Chinese part of the city, the French concession, and the International Settlement had expressed sympathy for the refugees who had fled the Bolsheviks after the brutal civil war in Russia, but no one wanted these homeless and penniless foreigners on their territory or on their hands.

Just to be on the safe side, they had sent a Chinese battleship to keep the refugees in their sights. It was a sensible precaution. In the depths of their despair, the Russians might easily launch an attack on peaceful Shanghai. Their holds were brimming with arms: they had enough to start a small war.

Father Seraphim, a man built like a bear, with cannonballs for fists and a bushy beard, approached Nina.

“The parents’ committee wants to arrange a Christmas celebration for the kids,” he said. “Can you draw us a Christmas tree on the wall next to the mess hall? We have to arrange some semblance of normality for the children during the holiday.”

He gave Nina a piece of charcoal, and she went up to the crowded upper deck, lit by the weak winter sun.

The low, flat shores of the Huangpu River were powdered with snow. The roofs of the ancient watchtowers with their corners curved skywards were silhouetted like black paper cut-outs against the pink-grayish evening sky. All sorts of ships swarmed past the anchored refugee flotilla—swift moving junks with carved sterns and sails like dragons’ wings, soot-blackened coal barges, and white ocean-going liners. Shanghai was so near yet so far. Everybody had the right to go ashore, it seemed, except the Russians.

The men on board, for the most part former White Army officers and soldiers, were grinding rice delivered by Shanghai charities, using improvised homemade hand grinders. Their wives and daughters were doing their laundry. Drying shirts and pants, draped over the ship’s gun barrels, flapped in the icy wind. From the stern came the sound of keening: a woman had died of pneumonia and her friends were preparing her for burial.

Nina found an area on the wall where the paint was not peeling and began to draw. Suddenly she heard the voice of her husband, Klim Rogov, floating from the opened porthole. Nina hesitated for a moment but couldn’t resist the temptation to eavesdrop.

Klim enjoyed great authority among the refugees as he had spent some time in Shanghai when he was younger. In the evenings, he invited people to the mess hall and imparted his knowledge to them. Nina had pretended not to be interested in these meetings. When you’ve sent your husband packing, it’s awkward to rely on him for priceless information concerning your future.

“According to official documents,” Klim said, “China is an independent state, but in fact, it’s a colony of the Great Powers—Great Britain, France, Italy, the United States, and Japan. The Chinese have suffered defeat in every war they have fought against them, and the victors have made them sign unequal treaties that have made the Great Powers masters of the country. The whites barely consider the Chinese human and despise them so much that they call their Chinese male servants “boys,” even the elderly ones, and give them numbers—Boy One, Boy Two, Boy Three.”

Nina peeked furtively through the porthole.

The audience listened attentively, hanging on Klim’s every word. They were dying to escape to Shanghai from their floating prison, yet the very idea terrified them. Few of them knew any foreign languages, and most of the men had never pursued any trades other than military service. The women were in an even worse position, especially those who had only been raised to be mothers and wives. Nina was one of them.

Klim looked tired, his thick dark brows knitted, his broad shoulders oddly hunched, but he made an effort to be upbeat and untroubled about their current position.

“Sooner or later, the officials will let us into the city,” he said. “Our steamers are in such a bad condition we can’t sail any further. I doubt our fellow Christians will let us die here before their very eyes. Who would want two thousand vengeful ghosts coming to visit them at night?”

Nina stepped back from the porthole, feeling uneasy. Here, on the ship, she could at least count on a meal, but she didn’t have the faintest idea what would be awaiting her once she arrived in the city. When she had separated from Klim, she had had a plan to find herself another, more established husband. In her previous life before the revolution, she could dazzle and enchant men and had therefore relied on their help and generosity. But recently Nina had realized that at twenty-five-years-old, she was severely hampered by her less than glamorous condition. Once Klim had told her that she would make an ideal Swan Princess, with her large grayish-green eyes and pointed face framed with dark curls, but being a princess in rags and without a kingdom was not a safe bet for her.

In fact, the only valuable thing Nina had was a revolver she had removed from Klim’s possession when she had decided to break up with him. The last thing she needed was for him to put a bullet through his brains.

Nina had tried her best to draw a nice Christmas tree on the wall but it had ended up looking more like the tip of a barbed harpoon. It felt as if everything she tried her hand to these days turned into a brutal and ugly mess.

In Vladivostok, just before the refugee flotilla’s departure, she had contracted typhus and, in her delirium, had imagined herself living under a bridge, rummaging through rubbish dumps for food. She had convinced herself that this would be her destiny if she didn’t leave Klim. Who needed a Russian- and Spanish-speaking writer in Asia? Klim’s English lacked refinement, and his knowledge of Shanghainese was only good enough for haggling with market traders. Both of them knew that he wouldn’t be able to find a good job in Shanghai.

“I’m sure we can work something out,” Klim had tried to reassure her. “I started from scratch in Argentina and ended up becoming a reasonably good journalist.”

She hadn’t listened. “I can’t wait for you to get back on your feet.”

But the longer the refugees sat on their ships, the less enthusiastic Nina became about her decision. There was no way she could find anyone better than Klim. He was smart, enterprising, talented, and trustworthy—nobody could compare to him.

What if the typhus had driven me crazy? Nina thought. She had heard that the disease had a debilitating effect on people’s nerves and decision-making faculties. Half of Russia had come down with the typhus, and perhaps that was the reason why the country had been wracked with so much cruel and irrational behavior.

She peeked into the porthole again. Klim drew a rough map of Shanghai on a piece of brown paper and explained to his listeners where the markets, the railroad station, and the Russian Orthodox church were located.

I should wait until this meeting is over and go and talk to him, Nina thought.

But would he find it in his heart to take her back? In his place, she would never have forgiven a man for leaving her in the lurch. It had only recently occurred to Nina that Klim’s life in Vladivostok had in many ways been harder than her own. Not only had he been responsible for supporting the two of them, but he had also had to nurse her through her illness as well. How could she be so ungrateful?

Finally the meeting ended, the audience poured out onto the deck, but Nina missed her chance to speak to Klim. He had swiftly passed her by, and pretending to be looking in a different direction he had dropped his map of the city at her feet. Nina picked it up and studied it for a while.

Had Klim done this on purpose? He knew that there was nobody else on board who could help her find her feet in Shanghai.

When dusk fell, the Chinese fishermen lighted round paper lanterns on their sampans anchored by the pier. They lived on their boats, sleeping in cramped cabins fashioned out of boards and reeds, cooking their food in small sooty pots.

The other refugees had long gone to sleep, but Nina was still pacing the empty deck. Jiří Labuda, a former Czech prisoner of war, approached her. He was a short, scrawny, gray-eyed young man with bright red hair and countless freckles peppering his nose. His right hand had three fingers missing.

“If you like, I could light your way back to your cabin with my cigarette lighter,” he said. “It’s already dark in the corridors, and you might trip.”

Jiří was always trying to please Nina, and it kept her diverted. She had rescued him from the angry officers who had accused him of stealing bread. They had decided to hang him to make an example, but Nina had shown them bread sacks chewed through by rats, and the officers had let Jiří go.

He had told her he had been a cellist and seemed destined for a brilliant musical career, but when the Great War started, he had been drafted into the Austro-Hungarian Army. Wounded and captured, he had spent three years in a prisoner-of-war camp, where he learned Russian. Somehow he had ended up with the White Army flotilla, and now Jiří didn’t have a clue where he was headed and why.