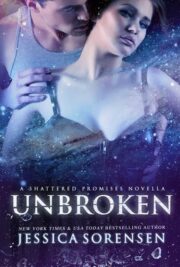 Alex thought things were already complicated, but then Gemma shows up possessed by Stephan and she wants to kill him. Normally, he would eliminate someone in Gemma’s position to protect himself, but his feelings for Gemma won’t allow him to do that. She’s too important to him and he knows he has to save her without hurting her.
But can he find a way to save her before someone gets hurt?

I’m trying not to fucking freak out, but Gemma’s been gone for hours. It’s driving me literally crazy and that dying feeling that I get whenever we’re apart for too long is starting to surface. The electricity dwindles. Tiredness sets in.

I miss her. Need her here—want her here. I've never wanted anything this badly before and it’s confusing the shit out of me.

“Alex, would you please try to relax?” my sister, Aislin, begs while she watches me pace the small living room, raking my fingers through my brown hair over and over again as I veer toward the brink of insanity.

“I can’t,” I tell her, quickening my pacing despite how tired I’m getting; the energy draining from my body. “You don’t get it. I can’t even think straight.”

She shifts on the sofa, leaning forward to grab a bottle of water from the coffee table.

We’re at the beach house where we’ve been sitting for hours, waiting for Gemma or Laylen to show up, but they’re both missing. Part of me is worried they’re together; that when Gemma went looking for Laylen, she found him, and then they wandered off to do God knows what. I actually have a few ideas. Ideas that make my blood burn beneath my skin. My muscles tighten. My fists clench. The need to smash them into something is so overwhelming that it takes a lot of control not to go over to the wall and punch it.

Then there’s always the other alternative, and that one makes me ache. That something did happened to her. That maybe the Death Walkers got a hold of her. Or Demetrius. Or maybe my father. It’s the one explanation I don’t want to admit. I hate thinking of him as evil, but not because I don’t believe he is. I do. It’s more because it’s been engrained in my mind to think of him as being good.

Everything he’s said I’ve had to agree was right otherwise I’d be punished, and even though I’m a Keeper and have a higher pain tolerance than the average person, my father is an Immortal and is way stronger than I am. The punches. The kicks. Being whipped. Locked up without food. The torture. It wasn’t easy to endure. If I cried, he’d only make my life more of a living hell, so I learned not to cry. Not to feel pain. Not to feel anything. Yes, sir. That’s how I learned to be around him.

Now, though… everything’s all screwed up. I think even when I was younger, deep down I knew there was something messed up about my father, more than just the beatings. But I didn’t think he’d been working against everything the Keepers represent, which is to protect humanity, not destroy it.

“Oh, for the love of God. I can’t watch this anymore.” Aislin gets up from the sofa and steps in front of my pacing path and I have slam to a stop, almost running over her, and she has to step back. “Would you settle down? You’re seriously going to wear a hole in the floor.”

“That’s the stupidest fucking thing I’ve ever heard.” My tone is clipped, but that’s just how Aislin and I are together. We’re brother and sister. We fight. We’re rude to each other. Deep down, however, I’d never want anything to happen to her. In fact, a lot of the times when she’d get in trouble as a child, I’d take the fall and the beatings to spare her the pain. I can handle it better anyway. “And I can’t settle down.” I swing around her and continue pacing the length of the room. “If I do, then I’ll lose my mind.”

She sighs and then sinks down on the armrest of the sofa. “I’ve never seen you act like this over anyone before. It’s… interesting.” She tucks a strand of her hair behind her ear. “And really unsettling.”

“I know.” I fold my arms across my chest as I continue pacing, pacing, pacing. “I’m not even sure what’s causing it... I just feel so…” I trail off. I fucking hate talking about my feelings. After an emotionally numb childhood, I find it easier not to feel anything at all, but with Gemma… Well, it’s out of my hands. Although I’m not one hundred percent sure what exactly I feel for her yet, it’s really confusing and intense amongst a thousand other things.

“So what?” Aislin wonders curiously. “Because I’m dying to know.”

I raise my eyebrows questioningly at her. “Why?”

“Because in the twenty-five years that I’ve known you, I’ve never seen you act like this over someone.” She sits back down and crosses her legs. “And I find it fascinating.”

I open my mouth to try to explain it to her, but then realize I don’t want to and probably couldn’t even if I tried. My thoughts jumble as I attempt to sort through everything going on in my head. “Why the hell are you so calm?” I change the subject. “Laylen’s missing, too.”

She swallows nervously, like she’s just realizing this. “I know.”

“We need to do something.” I stop in front of the window and glance outside at the front yard. It’s dark, though the stars and moon are bright in the sky. I remember all the times when I was a child and Gemma and I would look at the stars, obsessed with them. It makes sense now that I know we’re both carrying around the energy of a fallen star, but at the time I just thought we were two weird kids that understood each other. “We need a plan to figure out where she is.”

“I could do a locating spell,” Aislin suggests as I turn away from the window. “But I’d have to run to a Wicca Shop because my supplies are really low.”

“Yeah, that might work,” I mutter, trying to get myself to focus on fixing the problem instead of just the situation itself.

“Might work,” Aislin says arrogantly, getting to her feet. “You mean it will work.”

I’m not so confident, considering the many spells I’ve witnessed go awry over the years. Still, I collect the car keys from the coffee table. “You drive to the Wicca Shop.” I toss her the keys and she catches them. “I’ll stay here just in case one of them comes back.”

She throws the car keys back at me, scowling. “Or I could just transport like a normal witch. Jesus, you are really out of it, aren’t you? You need to get your head into the game or we aren’t going to get anywhere.”

“Yeah, maybe,” I mutter, tucking the car keys into my pocket. She’s right. I need to focus. “Alright, I think I’ll go search the beach some more while you go get supplies.” I cross the living room, heading for the back door that’s in the kitchen. “Meet you back here in a bit?” I ask and she nods, walking toward the hallway that leads to her bedroom.

After I grab a flashlight, I walk out of the house and step off the porch onto the sandy beach. I start to relax a little. Fresh air. The sound of the waves crashing against the shore. It’s distracting and relaxes me slightly from my worries. If only I could make the goddamn stars go away, then maybe I could completely clear my head.

Hiking down the shoreline dotted with beach houses while sweeping the flashlight from side to side, I look for any sign of Gemma or Laylen. There are no fresh footprints nearby—nothing at all—and this ridiculous, helpless feeling emerges inside me. It’s not the first time I’ve felt it. In fact, I’ve felt it a few times.

Once when I was younger and my father was getting ready to detach Gemma’s soul, something he hadn’t told me until later on in life when I was more brainwashed and would react less. I had felt helpless watching her leave, knowing I’d never see her again and I was too young to do anything. I also felt the same way when I was reunited with her at the college campus. The first time she touched me again and I didn’t think I could have her, yet I wanted her so fucking bad. The last time had been at the cabin in Colorado while I was waiting for my father to show up and detach her soul again. I didn’t want to let it happen, yet I was torn between what I had thought was right and wrong. I ended up doing what I thought at the time was the wrong thing and tried to flee with her. Then my father showed up with the Death Walkers and I realized that everything I’d thought was wrong might just be right.

My head is swimming with the helpless sensation by the time I arrive at the end of the beach where a cluster of rocks blocks me from getting any further. I’m about to head back when I hear the soft sound of footsteps move up from behind me. I turn around and startle back when my flashlight highlights a very familiar face.

“Gemma?” I pause, shining the light into her strikingly beautiful eyes, feeling a wave of electricity rush over me from the connection we share. But whether it’s from the star or something else, though, I’m unsure.

I immediately sense there’s something off about her. It definitely looks like Gemma, but there’s something missing…. Something’s vanished from the last time I’ve seen her. She looks so hollow, and the sparks are merely a lull of warmth; nowhere near as intense as they usually are. It’s how I’ve imagined she looked when her soul was detached, and the thought of it sends a chill up my spine.

I reach out to grab her, but she quickly raises her arm, moving way faster than she normally does; the sparks suddenly going haywire. Before I can tell what’s happening, there’s a shovel in her hand, and seconds later, something smacks me in the head. Hard. With way more strength then Gemma has ever possessed before. The flashlight slips from my hands and I raise my arm as I stagger, the number of stars in the sky multiplying. She easily dodges my advances and swings the shovel back around, hitting me on the head again. I’ve taken a lot of beatings and know that I won’t go down without at least a few more hits, but I need to get my shit together. 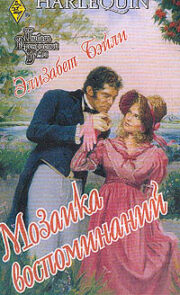 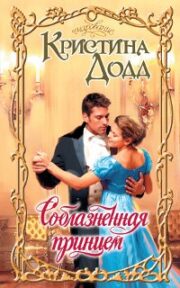 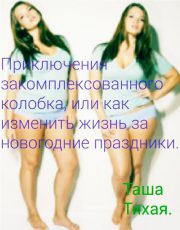