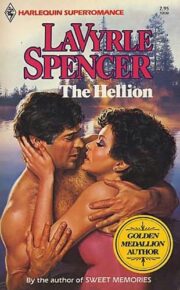 Rachel is the pinnacle of elegance, social standing, and beauty—when the wildest, most passionate flame of her youth steps into her life again. Tommy Lee is the all-time hellraiser of Russellville, Alabama, with three marriages behind him and a string of fast cars and women. The townsfolk say he will never change. But Rachel knows differently.

It was well known around Russellville, Alabama, that Tommy Lee Gentry drove like a rebellious seventeen-year-old, drank like a parolee fresh out, and whored like a lumberjack at the first spring thaw. He owned a four-wheel- drive Blazer for his hunting trips, a sixteen-foot runabout for his fishing trips, and a white Cadillac El Dorado to impress the town in general. He was rarely seen driving any of them without an open beer or an on-the-rocks glass in his hand, more often than not with one arm around some carmine-lipped floozy from up Muscle Shoals way, his left hand dangling limply over the steering wheel and a burning cigarette clamped between his strong white teeth.

And all this in a county that was dry and strongly southern Baptist.

He'll kill himself one day, they all said, and one of his whores right along with him!

On that mellow February afternoon, Tommy Lee was living up to the town's expectations of

him, all except for the tinted blonde he was currently seeing. After the news he'd just heard, he had some thinking to do, and he couldn't do it with Bitsy under his arm.

The El Dorado rolled beneath him like a woman just short of climax, and without removing his glowering brown eyes from the road he reached across the front seat, found another can of beer, and popped its top. As he tipped it up, his shaded glasses caught the reflection of pine trees whizzing past at the side of the road he knew by rote. He scarcely looked as if he was aware of the wheel beneath his hand, or the tires spinning beneath the heavy automobile.

From his office on Jackson Avenue to his house on Cedar Creek Lake it was precisely 9.8 miles, and he knew every one of them as intimately as he knew a woman's body. Unconsciously he avoided the rough spots, driving on the left when it suited him, straddling the center line for stretches of a half-mile or more at a time to avoid the ruts and ridges that put rattles into his status symbol. Blindly he reached into his breast pocket, withdrew a pack of cigarettes,

tipped one out, and lipped it straight from the 3 wrapper. Lifting his hips, he found the lighter in his trouser pocket and squinted above its flame before drawing deep, then taking another pull of beer.

Rachel. Staring at the white center streaks as the car chewed them up, he remembered her face. Rachel.

He could make this lousy run in nine minutes flat, and had done it on occasion in eight and a half. Today, by God, he'd do it in eight. The pines looked as if they were poured now, one into the next. Beneath his hand he felt a slight tremor in the wheel, but stared fixedly, guiding the car with a single index finger-still cold from the beer-while taking another draw on the cigarette. He glanced at the speedometer. The damn thing had a high of only eighty-five, and the needle quivered between the two digits. He took a sharp right curve with a heavy braking and the long complaint of rubber squealing on tar. Ahead twisted a second curve. He tested his mettle by negotiating it with the beer can cutting off half his vision. On the straightaway again he smiled.

Good job, Tommy Lee. You still got it, boy. When he hit a sharp left and gave up blacktop for gravel he lost her in a skid, braking sharply and swearing under his breath. But his heart didn't even lurch. Why the hell should it lurch? If a man had really lived, he didn't have to be scared of dying.

And Tommy Lee had really lived.

The car came out of the skid as he cranked sharply on the wheel, ignoring the fact that his driving idiosyncrasies made no sense at all-avoiding jars on the tar, then beating the hell out of the car on these gravel washboards. He reached the turnoff into his place, depressed the button for the power window, and tossed the dead soldier into the underbrush. Thirty seconds later when he careened to a halt in his circular driveway, he nearly stood the car on its hood ornament.

He laughed aloud, raising his face at a sharp angle. Then he fell silent, staring out the windshield at his front door. Rachel Talmadge. He hooked his thumbs loosely over the top of the steering wheel, and as he rested his forehead on them his eyes sank closed.

Hollis, he reminded himself. Her name 5 is Rachel Hollis now, and you'd best remember it, boy.

He left the key in the ignition and walked unsteadily toward the house. Nobody within a radius of a hundred miles would steal Tommy Lee's cars, not the way he drove them.

His front door was unlocked. If anybody wanted anything, let them come in and take it. Hell, if it came down to that, all they had to do was ask, and Tommy Lee would deliver it!

His bloodshot eyes traveled across the shadowed room-richness everywhere, enough for three wives and some left to spare, he thought. If there was one thing Tommy Lee knew how to do it was live. And if there were two things he knew how to do it was to live rich. Making money was child's play. Always had been.

His house showed it. He'd hired an architect from Memphis to design the contemporary structure that fell just short of being futuristic. Outside it was wrapped diagonally in rough-sawn cedar, and its steeply canting roof sections were shingled in cedar shakes. It appeared as an asymmetrical study in geometrics, a

staggered cluster of unexpectedly pleasing sections reaching high, then higher, then higher still toward the Alabama sky from between the pines and broadleaves of the surrounding wooded shoreline. A railed catwalk stretched from the driveway to the double front doors, which were glossy black and windowless. Above them a single outsized hexagonal window looked out over the landward side of the property.

Crazy boy, half the town had said when they'd seen the house going up five years ago, after his third divorce. Crazy boy, buildin' a house with no windows that looks like three Cracker Jack boxes got caught in a paper cutter.

But the crazy boy now took three loose-kneed bounds up into the living room of a house that had more windows than most. All the windows, however, faced the lake or were tucked coyly amid the junctures of wall and stair to give unexpected splashes of light that surprised when come upon by the first-time visitor.

There wasn't a curtain in the place. Instead, the endless windows were clothed with blue sky and plants potted in glazed earthenware tubs of browns and blues. But the plants looked

lifeless and drooping, many with curled, brown 7 leaves that showed how the landlord watered them: with an occasional ice cube dumped from a cocktail glass.

Tommy Lee stopped beside a sickly looking shoulder-high schefflera and stared through a sheet of glass at a lake that wasn't there. Damn, he thought, I wish it would hurry and rise. Pushing back his leather sports coat, he threaded his hands in his pockets and stared out disconsolately.

If I could get in my boat and open it up, I could drive her out of my mind.

But the Bear Creek Water Control System and the Tennessee Valley Authority controlled the flooding of the 900-square-mile Bear Creek Watershed System on which Tommy Lee lived, so Cedar Creek Lake wasn't really a lake at all but the backwash of man's whims, controlled by a series of four dams and reservoirs. And right now, man's whims dictated that Tommy Lee look out over nothing but lake bottom exposed to the sunset sky, a flat, muddy expanse of sticks, stones, and logs with nothing but a damp spring-fed creek

running up the middle of what would be the deepest channel of the lake in midsummer.

Turning from the depressing sight, Tommy Lee faced another that did little to cheer him. The waning sun spilled across plush navy-blue carpet, revealing a three-week collection of lint and ashes. It exposed glass-topped tables, which should have been lustrous but were filmed with dust and blighted by rings from sweating glasses, long dried. Twenty-dollar ashtrays whose blue and brown ceramic artistry had been carefully chosen by an interior decorator were buried beneath a stale collection of dead butts. Clothes were strewn along the back of a sprawling sand-hued conversation pit, which faced a limestone fireplace.

Tommy Lee stood, staring, for a full minute. Then he swiped up a yellow cotton-knit shirt, whipping it off the back of the sofa. Damn them! Damn them all! He sliced the air with the shirt as if driving a golf ball, then his hand fell still and his chin dropped disconsolately to his chest. He rubbed his eyes, opened them, and mechanically dropped the shirt onto the floor.

Hungry. That's what he was. Should've had

a steak in town, but food had been the last 9 thing on his mind after hearing the news.

He leaned against the back of the sofa and pulled off his loafers, then padded in stocking feet around the fireplace to a deep, narrow kitchen. At the lake end of the room a table and chairs of chrome and cane sat in the embrasure of corner windows. The tabletop was dusty and held a motley assortment of articles: several days' mail, a jar of instant coffee, a cup holding pitch-black dregs, a fingernail clipper and, oddly out of context, a spool of thread. On the opposite side of the room the countertops were bare of all but an electric blender, a coffee maker, and a sea of dirty glasses.

Tommy Lee draped an elbow over the open refrigerator door, tugging at his tie while studying a can of tomato juice with thickened red showing at the triangular tears in its top. He contemplated it for long minutes, trying to remember when he'd opened it. Sighing, he reached for it, swirled the contents, took a mouthful, then lunged to the sink to spit it out. He backhanded his mouth, turned on the water full force, and searched for a clean glass. Finding none, 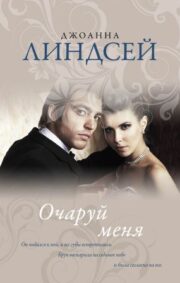 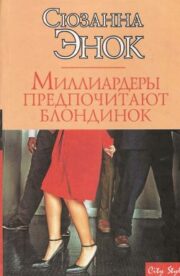 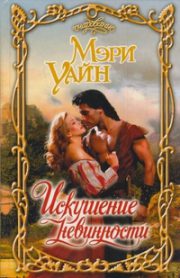 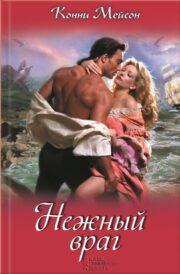