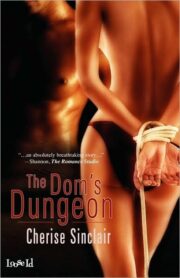 Foster child. Teenage whore. Now a veterinarian, MacKensie’s turned her life around, but the scars remain. She saves her affection for the animals who never judge or scorn her, but it’s time to get out, move on from her past in Iowa. So, she arranges a vacation exchange to job hunt in Seattle.
Although the house is lovely, one room is locked. Her years in foster care have given her two ‘gifts’: a neurosis about locked doors and the ability to open them. After she gets into the room, she’s appalled…and intrigued. Chains and manacles, whips and paddles, odd benches with straps…
When Alex returns home days early and finds MacKensie draped over the spanking bench in his locked dungeon, he’s furious. But her wariness arouses his protective nature and curiosity, so he strikes a deal to keep her close—she’ll act as his submissive in exchange for a place to stay and help finding a job.
He’d planned to use the veterinarian to deter an ex-girlfriend, not replace her, but with MacKensie’s compelling mixture of strength and vulnerability, the little sub slides right into his well-defended heart.

MacKensie slowed the rental car and looked down the curving cobblestoned driveway to the red brick English Tudor house. Surely this was a mistake. But the number on the wrought-iron gate matched the one on the form from Exchanges for Vacations. She drove past a landscaped lawn the vibrant green of the Pacific Northwest and stopped in front of the garage.

Feeling as if someone would call the police on her at any moment, she walked up the steps to the front door. Here was the true test: a keypad. She punched in the number the owner had e-mailed, and her jaw dropped when the lock snicked open. Right place.

She glanced down at her scruffy T-shirt and faded jeans. Wrong person.

A growl at the door announced the reason the owner had picked Mac rather than some other vacation-exchange client. She huffed a laugh. It was probably the first time anyone had ever chosen her for anything. She pushed the door open. “Hey, Butler.”

Another growl, a whine. Mac dropped to her knees on the tile flooring, averted her gaze, and held out her hand. “Easy, Butler.” His owner, Alex, called him all bluff and no follow-through. He'd damned well better be right. She sure didn't want to start her new life by becoming a dog's chew toy.

In her peripheral vision, she watched the elderly black mongrel inch up to her hand, tail curled under his belly. A scared dog, the most dangerous kind. But oh, the scars on his muzzle and his legs, his ragged ear, told a story of pain. “You've had a hard life, haven't you? Me too. I think we can be buddies, don't you?”

She felt the warm muzzle touch her hand, and she turned slowly. Butler held his ground, his tail still low but starting to wave back and forth. He wanted to be friends so badly. A mixture of Lab and golden retriever, she'd guess, the friendliest breeds in the world. “Yeah, we're good, huh, Butler.” She gently scratched his neck and ruffled his fur. He edged close, and the big body started to wiggle.

She laughed, still not moving anything but her hand, slowing her petting and letting him nudge her hand. As they got to know each other, she gave him a quick once-over to make sure there weren't any problems the owner hadn't mentioned. She could do a more complete one later. “But you look just fine and healthy, don't you, Butler?” she crooned. Babysitting him would be a pleasure, not a chore. She gave him a final pat and rose.

Her suitcase weighed a ton and grew heavier as she climbed the stairs. Panting, she stopped on the little landing and ran a hand over the hand-carved railing. What a place. Was the owner insane, wanting to exchange this palace for her tiny Iowa house?

On the second floor, she checked out the guest rooms. The owner's information sheet indicated she could take any of them. Tough choice, but the view of the Olympic Mountains decided her on the fourth one. With pale blue floral wallpaper and a cream and blue Oriental carpet on the floor, the room felt very peaceful. With her limited wardrobe of interview clothes and jeans, unpacking took only a few minutes.

Time for a tour of the house. She trotted downstairs and explored what would be her home for the next two weeks. On the west side: a formal living room with a gas fireplace and a traditional den that held an office area, dark leather furniture, and well-filled bookcases. She stopped long enough to check the books. Classics and mysteries. History and historical fiction, with a major emphasis on war. Bloodthirsty guy. No romance books—not surprising—but very little science fiction either. Pretty worthless library. Oh well.

She continued and found a well-appointed kitchen near the back of the house. The east side held a formal dining room and a cozy family room that led onto a patio. Walking back toward the foyer, she noticed a heavy, dark oak door tucked neatly under the staircase. Just like Harry Potter's cupboard, only done with style.

Now isn't that odd? The master bedroom hadn't been locked, and neither had the den with all the office equipment, although the oak filing cabinets were. The owner had even left the computer unprotected, with a note taped on the monitor that she could use it if she wanted.

So what was behind this door?

Butler walked up behind her, his toenails clicking on the pale gray tile.

“You're right, guy,” she told him. “None of my business. Why don't you show me the backyard?”

Out through the family room to the covered patio and, okay, if she'd fallen into hog heaven, so had Butler, with at least an acre of backyard. Wiggling in excitement, he brought her a ragged ball for her to throw. And throw. And throw. For an old dog, he didn't tire out worth a darn. Finally she called it quits and tossed the ball into a box filled with more throw toys. “We'll get to those tomorrow,” she told him.

The uncovered end of the patio had an inground Jacuzzi.

She eyed it. The foster home where she'd been raised hadn't possessed amenities like Jacuzzis, and she sure hadn't had one during her year on the streets. She'd been in a hot tub twice during her college years at Iowa State, none since. Although lots of homes in Oak Hollow had Jacuzzis, once her past had been discovered, the good and righteous townspeople shunned her socially, even if she was good enough to treat their pets. And in all reality, if she hadn't partnered with Jim Anderson in the only vet clinic in town, they probably wouldn't have allowed her to touch their pets.

The familiar bitterness mingled with sadness, and then she brushed the emotions away. Hey, she was here, in Seattle. No one knew her or that she'd been a whore. She could and would start a whole new life.

And that life really should include a Jacuzzi. She eyed the eight-foot brick fence around the backyard. No one could see over that thing. Giggling at her boldness, she stripped right down to her birthday suit.

Alexander Fontaine strolled toward the security gate at Sea-Tac Airport. Excellent timing. He'd left just enough time to clear security before the plane to Des Moines boarded. As he walked, he programmed a reminder on his BlackBerry to check that the veterinarian was doing all right with his dog. Her credentials had been excellent, but Butler had never been impressed by academic awards.

Before he'd finished, the phone rang. He glanced at the screen. The Seattle Harbor Hotel. Odd. He thought he'd left everything tied up, at least until he returned.

“Alex, this is Craig Dunlap. I wanted to check…” The manager of the hotel paused. “Ah, it's about the seating arrangements at the ball.”

“Go on.” The head table's seating had been set and confirmed weeks ago.

“My secretary had a call from your…from Miss Hanover. She wanted to add a few extra people and rearrange the—”

“Stop.” Alex took a breath to cool his anger. Not Dunlap's fault in any way. “Craig, I appreciate your calling to confirm. Please leave the seating arrangements as they are and tear up anything Miss Hanover suggested. Now and in the future.”

“I'm sorry for any inconvenience this”—millstone around my neck—“lady might have caused. Thank you again for checking.”

Alex flipped the phone shut, then opened it to check the recent calls. Five from Cynthia. With a grunt of annoyance, he dropped the phone back in his pocket. The woman had passed persistent and headed right into obsessed. Apparently his plan of escaping her attentions by attending a conference and touring Fontaine holdings in Iowa had been extremely optimistic.

He dodged a woman pulling her bag on a leash, then a gaggle of teenagers. What was he going to do about her?

“No…my bag! Stop!” The wavering voice came from behind him.

Alex turned and spotted an elderly woman frantically trying to rise from the floor. A suitcase lay beside her. The unkempt man sprinting away from her, and toward Alex, had a black purse tucked under his arm like a football.

Anger welled up inside Alex. A man had a responsibility to protect the helpless, not abuse them. This looked like a fine time to do some instruction. He turned away then, just as the thief darted past, and stuck his foot out. The man went down with a satisfying thud.

Alex put a foot on the purse strap, figuring the thief would cut his losses and escape. Instead the man snarled. From the whites around his pupils, he appeared higher than a kite. He pulled a knife and sprang at Alex. Alex blocked, knocking the knife to the outside, and punched him hard in the jaw.

Yeah, he was high all right. The thief shook off the punch and charged again, swinging the knife.

Alex started to dodge, but a little teenager ran right between them. Unable to do anything else, Alex grabbed her, spinning her out of the way and taking the knife in the back of his shoulder.

Pain ripped through him in a searing-hot flash. Growling, Alex turned, grabbed the man's knife arm, and side kicked into his stomach.

No reaction. He slammed his foot farther to the left, feeling the bastard's ribs break like kindling. And the guy was still on his feet, waving the damned knife. Hell with this. With one savage kick, Alex took out the guy's knee.

PCP or not, nobody walked on a joint that wasn't there. Howling curses, the man crumpled. Unable to rise, he pounded his knife on the floor. 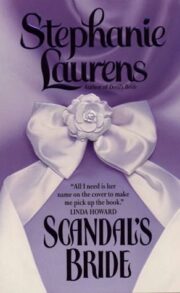 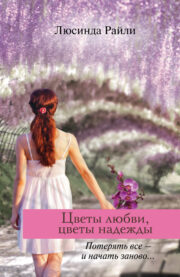 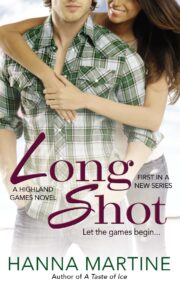 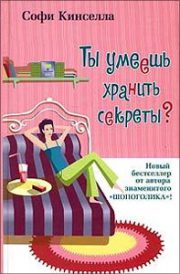