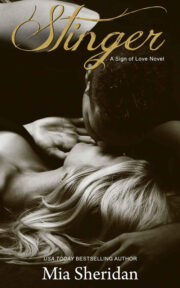 Grace Hamilton was the girl with a plan. She knew exactly where her life was going and prided herself on always achieving her goals. It was who she was, and how she lived her life. She never stepped outside the lines, and never considered what she might desire and whom she was actually trying so hard to please. Until him…
Carson Stinger was a man who didn’t play by any rules except his own. Working in the adult entertainment industry, he didn’t care what others thought, and took each day as it came, no direction, no plan. He knew what women wanted from him and believed it was all he had to offer. Until her…
When circumstances forced them to spend several hours together, they walked away changed. But for two people who never should have meshed, overcoming the reality of their vastly different lives wasn’t possible. At least not yet…
THIS IS A STAND-ALONE NOVEL. The first two books in the series need not be read to enjoy this book. New Adult Contemporary Romance: Due to strong language and sexual content, this book is not intended for readers under the age of 18.

This book is dedicated to my daughter, Lila Anne. Always listen to your heart, break the rules once in a while, and know you are loved. Life is wild, baby girl, just as it should be.

Scorpio is the only sign that has three different animal symbols, each of which represents a different stage of the Scorpio transformation. First, the scorpion, symbolizing the raw energy of the sign. The scorpion sting is defensive and reactionary, and often, because of its selfish nature, it is completely unaware of its own power and impact. As the scorpion learns to control its bite and hold its instincts at bay, it becomes the eagle. The eagle, though still cold, has more perspective; it flies high above the ground, using its power deliberately and purposefully. Finally, the eagle becomes the dove. The dove is a tranquil creature, well recognized as a bringer of peace and worthy of leadership. The dove becomes the dove only after it gets what it wants most in the world. Scorpios, above all others, have the ability to transform selfish poison into universal love.

As I walked into the luxurious Bellagio Hotel and Casino, tired and rumpled from my flight, I saw two signs directing guests to the conferences going on that weekend. There was the one I was there to attend, The International Law Students Association Conference, and then there was another one, The Adult Entertainment Expo. My eyes moved back and forth between the signs and my brow furrowed. Well, that was… interesting. I guess that's Vegas for you, I thought. Law students, porn stars, aliens from distant planets, it hadn't taken me long to realize–just walking through the airport actually–that when it came to the City of Sin, shock value was practically non-existent.

If I didn't figure that out from the pantless man the cops were chasing through the airport upon my arrival, then I definitely got it from the g-stringed Elvis impersonator who flew by me on roller skates as I got out of my shuttle in front of the hotel. "You're not in Kansas anymore, honey." The driver had laughed as my head swiveled to watch the rolling, half-dressed Elvis glide away.

As I walked further into the lobby, my mouth fell open and my eyes immediately moved upwards. The ceiling was filled with the most stunning glass blossoms–hundreds of them in every color imaginable. I moved in a circle, my head bent back, unable to look away from the gorgeous, overhead art. How in the world had that been installed? Finally, after a minute of drinking it in, I looked down and moved toward the front desk.

I was so completely awestruck by the stone pillars and gallery of fresh flowers and floating hot air balloons behind the check-in, that I almost didn't hear the woman desk-clerk call out to me. I wheeled my small suitcase up to the counter and smiled brightly at her. "Grace Hamilton. I have a reservation," I said.

The desk clerk smiled back. "Okay, let me just look you up… okay, here we go. You're here for the law student conference starting tomorrow?"

"What school do you go to?" she asked as she took my credit card and swiped it quickly.

"Georgetown," I said, as I took my credit card back.

"Great school! Well have a good time. You're on the twenty-sixth floor, checked in until Monday. Check out time is noon. Here's a folder for those checking in for the law student conference. There's a schedule in there, a name tag, and any information you might need for this weekend." She handed everything to me and smiled again as she gestured to the next person in line.

"Thanks," I said, grabbing my suitcase handle and turning to walk toward the elevators. As I rounded the corner, I ran smack dab into a hard, male chest. "Oh, gosh! I'm so sorry!" I exclaimed, looking up.

"No, I'm sorry–" he started to say at the same time. Our eyes met and we both fell silent, me blinking at him as he steadied me with both hands on my arms.

He was about my age with sandy colored hair that was just a little too long and curling up at the ends, and one of those handsome faces that manages to be both manly and boyish at the same time. Simultaneously rugged and pretty. His hazel eyes were fringed with thick, dark lashes, his nose straight and his full lips curved into a half-smile.

I glanced down quickly to take in his frame, lean but muscled, clad in dark jeans and a conservative, button-down, white shirt, sleeves rolled up.

He stared at me for a couple beats and something in his expression seemed to soften as my eyes moved back to his and his smile grew bigger, revealing a small dimple to the left of his bottom lip. He looked down at me and then bent to pick up the key card I had dropped when we collided.

As I watched him scoop up my card, the strangest feeling washed over me, almost like déjà vu, like we had met before. I furrowed my brow at the odd sensation, wondering if he was a law student that I had seen in passing at school. Here for the same conference?

As he stood straight and turned his shoulders toward me so that we were both facing each other completely, he held the key card out to me, and I saw that he had a conference nametag on. "Oh, you are here for the conference," I exclaimed. "I thought I might–" And that's when I read it, "Carson Stinger, Straight Male Performer, Adult Entertainment Expo."

I stared at the words for a couple beats, digesting them, and then my eyes moved back up to his. He was smirking now and his eyes no longer held that softness I had seen just a minute before.

I cleared my throat and stood taller. "Well, then, I'm sorry again for the… uh, not watching where I was…" I cleared my throat, beginning again, "Well, have a good time… er, a nice time, um, enjoy," I gestured toward his name tag, "the show. Or rather, not the show, but the… well, enjoy the weekend."

And that's when he burst out laughing, deepening that tiny dimple by his mouth. "I will, Buttercup. And you enjoy your weekend too. Let me guess, law student conference?"

I started to walk around him, but stopped when I heard the clearly condescending nickname and the amusement in his voice. "Yes, actually. Is there something wrong with that?"

"No, not at all. Looks like we're both here to learn how to be the best at getting people off."

My brows snapped down. "Well that's… that's a disgusting way to put it."

He moved closer to me until I was forced to step back. "Why? Getting people off is such a rush, Buttercup. Don't be ashamed of doing it well."

I coughed and narrowed my eyes. Eww. This man was not going to turn me into a flustered idiot for one second longer. I glanced back to his nametag and tapped it with my pointer finger. "I do a lot of things well, Carson, none of which I'm ashamed of," I said, leaning into him so that he knew I wasn't going to be intimidated by his blatant sexual innuendos.

He stared at me for a beat, that amused glint still in his eyes and then grinned, slow and sexy as his eyes dipped to my cleavage. "I bet." He took that full bottom lip between his teeth and looked back up at me.

I gawked at him for a second because I felt my nipples get hard under my white blouse and I did not appreciate that. Not one bit. I was going to have a talk with my body later and lay down the law. There was absolutely no getting turned on by porn stars purposefully trying to shock and intimidate for no apparent reason. The fact that any small part of him turned me on pissed me the hell off. I saw his eyes travel downward again, this time to my puckered nipples showing easily through the thin material of my blouse, and his smirk got bigger. I flushed in humiliation.

I made a frustrated, angry sound in my throat and marched away from Carson Stinger, Straight Male Performer.

I went up to my room and took a quick shower, calming down from my lobby run-in. When I felt level-headed again, I got out and changed into my brand new black bikini and white, crochet cover-up, before heading out to the pool. My conference didn't officially start until the next morning and so I planned on spending several hours lying in the sun, reading and relaxing. The life of a law student didn't leave a lot of room for R&R and so I was going to take advantage of it while I could.

It took me about twenty minutes to simply walk through the pool area and decide where I wanted to sit. There were five pool courtyards, luxurious cabanas, umbrellas over plush seating, and rows of lounges–all with the same Mediterranean design. It was breathtaking and I tried my best not to walk through with my mouth hanging open at all the opulence. I'd never in my life seen anything like it.

My dad was a police officer and a single parent, who raised me and my two sisters on his own after he and my mom divorced. We never wanted for anything, but we certainly didn't have the money to vacation. In fact, until I left for college, I had never been out of Dayton, Ohio, where I grew up. 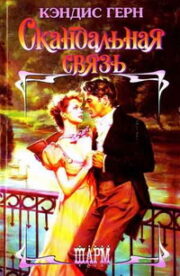 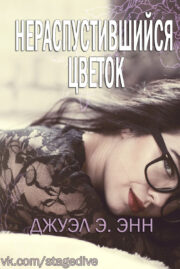 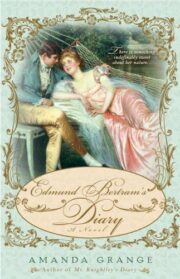