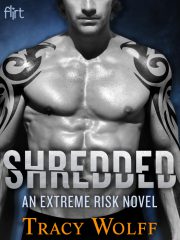 In this intense and exhilarating New Adult series debut, a hotshot snowboarder and a vulnerable rebel with a cause try to let go of the past—and find a future in each other.
Twenty-one-year-old professional snowboarder Z Michaels is the bad boy of Park City, Utah. He’s always had his pick of any girl in town—and on the competition circuit. But underneath his cool exterior is a young man in turmoil, trying to take the edge off tragedy by overindulging in sex and shredding the slopes. In fact, Z’s reckless behavior is a thinly veiled attempt to blunt his emotional suffering with physical pain.
Ophelia Richardson isn’t like any girl Z has ever met. Though she’s from New Orleans high society, she’s no Southern belle—and she’s not shy about being miserable in frozen, godforsaken Park City. But laying low is her only option after her ex, a rich boy who couldn’t take no for an answer, nearly killed her in a jealous rage. Following that terrifying encounter, the last thing Ophelia needs is a boyfriend—especially one as rich and arrogant as Z. But Ophelia soon discovers that he isn’t what he seems. If anything, Z may be even more damaged than she is.
Tormented by their pasts and feeling alone in the world, Z and Ophelia find a connection unlike any they’ve ever known. But with Ophelia hiding the details of her life in Louisiana and Z’s death wish reaching terrifying new heights, their relationship seems to be going downhill before it even begins—unless they can find the strength in each other to trust, grow, and love again.

I’m halfway up the mountain on the magic carpet when it hits me that it’s dark. Really dark, not just getting dark. Which sucks because it means I’m done. That was the last run. No more boarding tonight since all of the good runs close down once it hits full dark.

Normally that’s not a problem—I’ve been out here for seven hours already and my body could use a break, especially since my toes started going numb over an hour ago.

But tonight I’m not ready to go in. Not now, when my skin feels itchy and too tight and my brain is spinning with the need to forget—

I cut the thought off as I exit the ski lift at the top of the mountain and unhook my gear. Instead I concentrate on unbuckling my board and checking the screws at the bottom of it to make sure there’s no damage. I totally barged that last run—which was banging at the time—but I carved the last few rails hard. My board took most of the impact, and I want to make sure it’s still solid.

Turns out it is, and I’m just sliding it into the equipment rack to the right of the lift when Cam steps onto the snow behind me. She’s as excited as I’ve ever seen her. “Dude, that last run was wicked! I’ve never seen you do that inverted triple cork before.”

“That’s ’cuz there are too many gaffers around here to get in the way.” The last thing I need is to get tangled up with a tourist who doesn’t know what he’s doing—that’s how shit turns ugly, fast. But today I couldn’t stop myself from busting out. From the second I woke up this morning there’s been this force building inside me, pressing down on my chest until I feel like I’m drowning. On days like this, taking it out on the powder is the only way I can breathe.

But the run’s shutting down—Cam was the last one up—and the feeling’s back, worse than before. I’m standing here, wind kicking up, fresh air all around me, and still I’m suffocating.

Beside me, Cam dumps her stuff next to mine, then heads for the bench where we normally wait for Lucas and Ash to finish up at the half-pipe. I follow her, but the second I sit down next to her the itchiness gets worse. As does the throbbing at the base of my neck.

Nope, sitting here in the dark, waiting, isn’t going to do it for me tonight. Maybe if I’d brought some weed to mellow me out, but my stash is at home. When I’d left the house this morning, I’d told myself I could handle it. That today was just another day.

What a fucking joke that is. I feel like I’m going to explode.

I start to stand up again, to pace off the energy that’s slamming at me from the inside, but Cam stops me with a hand on my arm. “I’m serious. That trick was freakin’ amazing. How long have you been working on it?”

“You probably started trying to do it yesterday.” She shakes her head, looks disgusted. “I’ve been trying to do a 900—any kind of 900—for months now, and we both know how well that’s going.”

I bite my tongue to keep from pointing out that she’s a girl—that no matter how strong she is and no matter how much she practices, I’m going to be able to do things she can’t. Not because I’m a better boarder, because I’m not. She’s totally sick on a snowboard. But testosterone is just one of those things. I’m physically stronger than her, so I can catch bigger air, do more complicated tricks.

“I’m serious,” she continues. “One of these days I’m going to figure out how to do that move.”

“Hey.” She punches my shoulder. “Don’t patronize me.”

“Do I look like I’m in the mood to patronize anyone?” Right now, the pressure’s so bad I can barely talk, barely breathe.

“So are you doing okay?” she asks, laying a hand on my arm.

“Yeah. ’Course I am. Totally solid.” I shrug her hand away, and now I do stand up. Pretend I’m fascinated watching the resort workers do all the routine tasks that come with closing up one of the black diamond runs.

But Cam’s not buying it. She’s right beside me again, her face tilted up to mine, her big brown eyes filled with a worry I just don’t want. Or need. And something else. Something I’m seeing from her more and more often lately. I usually avoid it—she’s one of my best friends, after all, not to mention the girl Luc’s been in love with practically forever—but for a second, just a second, I think about taking her up on the invitation.

Before I know what I’m doing, I bend my head. Lean in. Our lips are only a few inches apart now and her eyes go wide, her breath catching in her throat. I can all but feel her tense, all but hear her heart pick up a beat.

It would be so easy to kiss her.

So easy to take her back to her place and fuck her like I have hundreds of other girls.

So easy to pretend it isn’t her and just lose myself in another body.

But then what? I have a hard enough time looking at myself in the mirror as it is. If I screw with her like that—screw with Luc—for an hour of sex that won’t mean anything when it’s over, then I’m an even bigger dick than I thought.

There are plenty of girls out there who don’t want anything more than I do. And whom I won’t have to face in the morning.

I back away at the last second, nod toward the lodge. “Come on. Let’s go inside.”

She stares at me for long moments, but this time all I see in her eyes is pure pissed-off female. It’s a look I’m well acquainted with, and relief sweeps through me as I register it. After all, having Cam mad at me is a million times better than having her looking at me with all that worry and other crap.

She doesn’t call me on my shit, though, and since the wind’s really kicking up—making the whole mountaintop look like a snow globe in the hands of a hyped-up toddler—she doesn’t argue, either. At least not until we make it through the wide glass doors of the Lost Canyon ski lodge. We’re only there a few seconds before a group of rowdy grommets plows straight into us, sending Cam sprawling on her ass. The kids take off running before either of us can do more than stare at the little monsters.

I hold out a hand to help her up and she takes it, but her blue eyes spark with annoyance. “What exactly are we doing, Z?” she demands as she climbs back to her feet. “You know I hate coming in here.”

“Don’t sweat it. Mike’s not out here tonight. And even if he was, I won’t let him near you.”

She stiffens at the mention of her douche-bag ex. “He’s not the one I’m worried about.”

“Oh, yeah? Who are you worried about, then?” I glance around. I wouldn’t mind getting rid of some of this tension by beating the shit out of some guy who’s hassling her.

Fuck. I walked right into that one. Cam, Luc, Ash, and I have been friends since we were like five. Which is great when you understand that we’d pretty much lie down in traffic for each other, but not so great when it comes to the fact that we know everything there is to know about one another—including the fucked-up stuff.

“Yeah, right.” She pulls off her ski hat and her crazy red curls poof in all directions. With all that hair and her turquoise snowboarding suit she looks a little like a Muppet. A cute Muppet, but a Muppet nonetheless. To annoy her—and maybe to distract her, too—I reach out a hand, ruffle her curls.

She slaps at me, but she’s laughing, so I do it some more. The tension from that disaster of an almost-kiss fades away and relief whips through me. I’ve fucked up enough in my life. Messing up my friendship with her and Luc, too, isn’t an option.

She ducks down, escapes my hand before landing a bony elbow squarely in my stomach. I don’t flinch, but only because not showing weakness is something of a religion with me—even to one of my closest friends. I give her curls an extra tug before dodging out of range, just to show her the elbow didn’t hurt.

“Why can’t we wait outside like we usually do?” She’s almost whining now, and any other time I’d give in to her. But not now. Not tonight.

Because if I can’t board, can’t smoke, and can’t fight, there’s only one option left. And we’ve already had one too-close-for-comfort call. “It’s cold out there, in case you haven’t noticed.”

She looks me up and down. “You’re wearing three thousand dollars in top-of-the-line snowboarding gear and you’re worried about a little cold?”

“A little cold? No.” I point toward the doors we just came through. In the last few minutes the wind has picked up even more and snow is flying in all directions. “But it is fucking cold out there. I was starting to worry about getting frostbite on my nuts.”

She rolls her eyes, makes a sound of disgust. “Nice, Z.”

“Hey, you asked,” I tell her as I shed my jacket. It might be approaching blizzard conditions outside, but inside the resort the heat is cranking full blast. It feels good after half a day on the mountain, but the last thing I want to do is start to sweat, not when we’ll be back out there in a matter of minutes. “Besides, your lips turned blue about an hour ago. I thought you’d appreciate the chance to thaw out.”

“Yeah, that’s why we’re in here,” she says, finally getting on board and making a beeline for the only available table in the coffee bar. “Because you’re worried about the condition of my lips.”