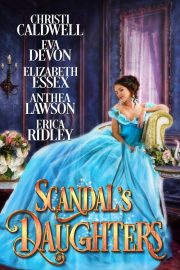 **From Christi Caldwell – *Only for Her Honor
***
When Captain Lucas Rayne returned from fighting Boney’s forces, he was a shell of the man he’d been—until Eve Ormond begins work in his household. Desperate for new beginnings, Eve conceals secrets of her past from her employer. But can she break down the walls protecting Lucas’s heart, or will the secrets between them shatter all hope of true love?
**From Eva Devon – *Sleepless in a Scandal
***
All Lady Felicity Drake wants is to make a good match but after her father leaves herself and her sisters almost entirely ruined due to some very scandalous behavior, such a thing is next to impossible. . . That is, until she’s caught in a compromising position with the Marquess of Talbot. The question is, will the oh so staid Marquess save her from the proverbial wolves or will he leave her to her scandal?
**From Elizabeth Essex – *A Fine Madness*** ** *
***
*Miss Otis regrets…
*
The entirely of Miss Elspeth Otis’s inheritance from her wastrel of a father is a battered old trunk with some scrawled-upon foolscap sheets. Nothing that could free her from a stifling life with her fusty maiden aunties in a musty old cottage in a misty corner of Scotland. Nothing that will give her the life she’s always dreamed of—a life full of kindness and kisses and love. Or will it?
*Nothing…
*
Mr. Hamish Cathcart wants more than anything to avoid the hasty marriage to a brewer’s daughter his father, the earl, has arranged to revive his fortunes. Hamish’s only hope is his failing publishing company, whose only asset is a scandalously banned book by an infamous, but unfortunately deceased, author. But when a new novel written by the same man lands on Hamish’s doorstep, he’ll go to any length to secure it—any length but love.
**From Anthea Lawson – *A Lady’s Choice*
**
Lady Sara Ashford has spent years cultivating her spotless reputation: a difficult task in the face of her mother’s scandalous exploits abroad. Now she is set on a path toward a perfect, respectable future—until the highly unsuitable Comte du Lac comes to London, and she is given the task of instructing him on how to behave properly in English Society.
At first Lady Sara finds him intolerable, but after he steals a kiss she realizes he is a terrible danger to her future. As soon as possible, she must put him out of her life—and her heart—forever.
**From Erica Ridley – *Lord of Chance
***
Charming rake Anthony Fairfax is on holiday to seek his fortune…and escape his creditors. When an irresistible Lady Luck wins him in a game of chance—and a slight mishap has them leg-shackled by dawn—the tables have finally turned in his favor. But when past demons catch up to them, holding on to new love will mean destroying their dreams forever.

Only for Her Honor

Sleepless in a Scandal

ONLY FOR HER HONOR

The Rayne family was cursed.

Legends told through the years by members of that family helped perpetuate the rumors. And stories whispered about by servants in their employ. The dark tales of strife and struggle went back years and years before even the shipping rival Captain Tobias Ormond’s theft and sale of the Rayne family’s Theodosia Gladius.

As a boy, Captain Lucas Rayne had scoffed at the silly legends. Until his capture from the fields of Talavera at the hands of the French. From that point, he’d found just how blighted he, in fact, was.

Lying in his bed, Lucas’ lips twisted up in a pained rendition of a smile. He’d been home nearly a year and, in that time, his family had praised his return as a miracle. Proof that the curse had been lifted. They were all cracked in the head, every last one of them, if they saw the empty shell he’d become and believed the twaddle about hope and happiness.

The loud scurry of footsteps sounded in the hallway as servants rushed back and forth, cutting across his musings.

Mayhap there were some miracles, however, because his parents and siblings were, at last, taking themselves off. His eldest brother, Richard, heir to the earldom, would be married. The whole happy family was off for the formal betrothal ball.

He closed his eyes, weighted with relief. There would be no frequent footsteps of concerned kin lingering outside the doorway. No more tentative knocks on his bloody door. No visits from his foolish mama and sister, who’d occupied a spot at the side of his bed, with false smiles plastered on their faces.

After almost one year returned home from fighting, Captain Lucas Rayne would, at last, be free.

That was, in the only ways he could hope to be. The irony was not lost on him. After he’d been dragged from a Spanish battlefield, he’d spent one hundred and eighty-seven days a prisoner of the French. In that time, he’d hungered for company in any form. Only to now find himself longing for solitude.

A quiet rapping sounded at the front of the room.

Soon he would be free. As soon as his parents and siblings took themselves off to London for the Season. Then he could be content with only his miserable self for company.

Nausea roiled in his gut and he squeezed his eyes shut as the memories assailed him. Screams ricocheted around his mind. His screams. Desperate pleas, as they dragged him, in chains, face down, along the gravel path. The scorching Spanish sun beat on his back and Lucas’ chest heaved.

The quick staccato of gunfire pierced his madness. His eyes flew open, and he stared blankly up at the ceiling, and then blinked slowly. I am here. Not on the harsh Talavera de la Raina soil. But on a four-poster bed, atop a soft mattress.

Nor was that incessant beat a gunshot. Lucas angled his head toward the front of the room.

For the love of Christ. Even their bloody knocking was tentative; revealing more than words the real truth—his family wished to be visiting with him as much as he wanted them here. Which was not at all.

At his protracted silence, the door opened and his mother, the Countess of Lavery, stuck her head around the wood panel. A painfully broken smile hovered on her lips. “May I come in?” she asked cautiously. She took his lack of response as an affirmative, as she always did, and slipped inside the room. Closing the door behind her, she proceeded to wring her hands.

When he’d been a boy climbing too-tall trees on this very property, she’d wrung her hands in that same manner. As she had when he’d gone off to war and then was carried home on a litter. Just as she did now. For, apparently to a mother, a child’s antics were no different than a grown man’s follies.

His mother tiptoed over, her pale blue satin skirts faintly rustling in the absolute stillness of the room. She hovered at the edge of his bed and, invariably, her gaze went to his legs. As it always did. With sadness pouring from her eyes, she slid onto the edge of the King Louis XIV chair that had been placed at his bedside nearly a year ago, when he’d returned—from hell. “It is the Season, Lucas,” she said softly.

At one time, that would have mattered. At one time, he’d been the charming rogue and handsomely decorated captain with adoring ladies and countless friends. He was no longer that man. That man had died on the fields of Talavera as if he’d physically drawn his last breath there. Now, if only his family would leave him to what bloody peace he might have as this monster.

His mother stretched a hand out to his and he flinched at that near touch. She quickly yanked her fingertips back and curled them into a fist on her lap. “And I would remain here,” she said softly, “but Richard’s betrothal ball...” Ah, yes, his roguish, wholly intact brother was soon to wed and there was, of course, no expectation that Lucas should be there. A recluse, shut away, scarred by war, he had no place being with family—or anyone. “I will return as soon as he is—”

“No,” he rasped. And her words died. I wish you would go away. You and Theo and Father. With their forced cheer and miserable smiles. At least his brothers, Aidan and Richard, had taken the cue six months ago and never set foot inside these chambers.

His mother sighed and traveled her stare over the room, lingering on the drawn curtains. “I might open your curtains,” she offered, coming to her feet.

A low snarl lodged in his throat and brought her back to sit. “No,” he repeated, his voice scratchy from ill use.

She gave a juddering nod; terror and pain melded in her eyes. And the man he’d once been would have bowed his head in shame at so wounding his mother. But that was just another piece of his soul he’d left in the makeshift French prison. Along with his pride, his dignity, and the memory of all that was once good. “Very well,” she said, her voice faint, and then she cast a desperate look at the door. Did she seek her escape? Or did she dream of stepping outside these chambers and returning to London and forgetting about the empty excuse of a man who’d returned to her; a shadow of the strong son he’d once been? Then, she spoke on a rush. “You’ve run off each of the...” High color flooded her cheeks. “Servants,” she finished softly.

If he could have managed a smile, this would have been the moment for one of those bitter expressions of empty mirth.

His mother continued to wring her hands. That nervous habit had always been a source of humor among the Rayne siblings. As a man, having that telling gesture displayed in response to Lucas filled him with disgust—with her for not knowing how to be around him and with himself, for not being who he once was. “That is, with the exception of the butler and the housekeeper and Cook and the kitchen maids and footmen.”

And she’d essentially listed a whole household staff that could serve as an infantry.

As though she’d followed his very thought, she wrinkled her brow. “That is, servants who will come inside your chambers, Lucas. The staff refuses to step inside your rooms.” With good reason. He’d run off enough cowering men and young women who’d been assigned to his chambers. “But you do require assistance.” An empty humor filled him. He’d moved beyond help, long, long ago. She stared at him pointedly. Surely she didn’t expect anything of him, there. Then, she tugged her chair closer, the hardwood scraping the floor. “I am leaving for London, along with your father, and we cannot be here when the servants are not.”

“I have hired a servant, Lucas,” his mother continued, bringing him back. “A servant whose role it will be to attend your rooms, and bring your food, and empty your...chamber pot,” she finished on a scandalized whisper. If her cheeks turned any redder, she’d burn fire.

If talk of emptying his body of waste and piss set her to blush, what would it do were she to learn he’d skinned and cooked and ate his regiment’s dog to survive? Having enough of her gentle admonishment and the ever-present pity in her eyes, he closed his own and shut her out. For all the hell he’d endured, it had been one of the gifts he’d managed to take back with him—the ability to drown out life and retreat within himself.

“Lucas,” his mother said softly. In a surprising show of strength, she touched his hand.

His body reflexively stiffened at that touch. And his brow beaded with sweat. All human touch had ceased to matter, except to enact pain and suffering. Please, God, release me... 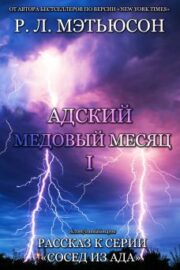 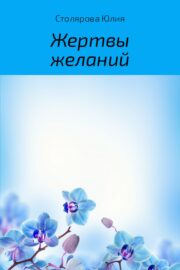 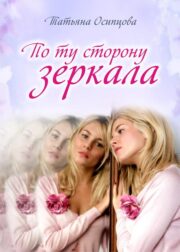 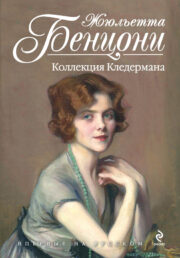