In her charming debut novel, Simonson tells the tale of Maj. Ernest Pettigrew, an honor-bound Englishman and widower, and the very embodiment of duty and pride. As the novel opens, the major is mourning the loss of his younger brother, Bertie, and attempting to get his hands on Bertie’s antique Churchill shotgun—part of a set that the boys’ father split between them, but which Bertie’s widow doesn’t want to hand over. While the major is eager to reunite the pair for tradition’s sake, his son, Roger, has plans to sell the heirloom set to a collector for a tidy sum. As he frets over the guns, the major’s friendship with Jasmina Ali—the Pakistani widow of the local food shop owner—takes a turn unexpected by the major (but not by readers). The author’s dense, descriptive prose wraps around the reader like a comforting cloak, eventually taking on true page-turner urgency as Simonson nudges the major and Jasmina further along and dangles possibilities about the fate of the major’s beloved firearms. This is a vastly enjoyable traipse through the English countryside and the long-held traditions of the British aristocracy.

Major Pettigrew was still upset about the phone call from his brother’s wife and so he answered the doorbell without thinking. On the damp bricks of the path stood Mrs. Ali from the village shop. She gave only the faintest of starts, the merest arch of an eyebrow. A quick rush of embarrassment flooded to the Major’s cheeks and he smoothed helplessly at the lap of his crimson, clematis-covered housecoat with hands that felt like spades.

“Mrs. Ali?” There was a pause that seemed to expand slowly, like the universe, which, he had just read, was pushing itself apart as it aged. “Senescence,” they had called it in the Sunday paper.

“I came for the newspaper money. The paper boy is sick,” said Mrs. Ali, drawing up her short frame to its greatest height and assuming a brisk tone, so different from the low, accented roundness of her voice when they discussed the texture and perfume of the teas she blended specially for him.

“Of course, I’m awfully sorry.” He had forgotten to put the week’s money in an envelope under the outside doormat. He started fumbling for the pockets of his trousers, which were somewhere under the clematis. He felt his eyes watering. His pockets were inaccessible unless he hoisted the hem of the housecoat. “I’m sorry,” he repeated.

“Oh, not to worry,” she said, backing away. “You can drop it in at the shop later—sometime more convenient.” She was already turning away when he was seized with an urgent need to explain.

“My brother died,” he said. She turned back. “My brother died,” he repeated. “I got the call this morning. I didn’t have time.” The dawn chorus had still been chattering in the giant yew against the west wall of his cottage, the sky pink, when the telephone rang. The Major, who had been up early to do his weekly housecleaning, now realized he had been sitting in a daze ever since. He gestured helplessly at his strange outfit and wiped a hand across his face. Quite suddenly his knees felt loose and he could sense the blood leaving his head. He felt his shoulder meet the doorpost unexpectedly and Mrs. Ali, quicker than his eye could follow, was somehow at his side propping him upright.

“I think we’d better get you indoors and sitting down,” she said, her voice soft with concern. “If you will allow me, I will fetch you some water.” Since most of the feeling seemed to have left his extremities, the Major had no choice but to comply. Mrs. Ali guided him across the narrow, uneven stone floor of the hallway and deposited him in the wing chair tucked just inside the door of the bright, book-lined living room. It was his least favorite chair, lumpy cushioned and with a hard ridge of wood at just the wrong place on the back of his head, but he was in no position to complain.

“I found the glass on the draining board,” said Mrs. Ali, presenting him with the thick tumbler in which he soaked his partial bridge-work at night. The faint hint of spearmint made him gag. “Are you feeling any better?”

“Yes, much better,” he said, his eyes swimming with tears. “It’s very kind of you …”

“May I prepare you some tea?” Her offer made him feel frail and pitiful.

“Thank you,” he said. Anything to get her out of the room while he recovered some semblance of vigor and got rid of the housecoat. It was strange, he thought, to listen again to a woman clattering teacups in the kitchen. On the mantelpiece his wife, Nancy, smiled from her photo, her wavy brown hair tousled, and her freckled nose slightly pink with sunburn. They had gone to Dorset in May of that rainy year, probably 1973, and a burst of sunlight had briefly brightened the windy afternoon; long enough for him to capture her, waving like a young girl from the battlements of Corfe Castle. Six years she had been gone. Now Bertie was gone, too. They had left him all alone, the last family member of his generation. He clasped his hands to still a small tremor.

Of course there was Marjorie, his unpleasant sister-in-law; but, like his late parents, he had never fully accepted her. She had loud, ill-formed opinions and a north country accent that scraped the eardrum like a dull razor. He hoped she would not look for any increase in familiarity now. He would ask her for a recent photo and, of course, Bertie’s sporting gun. Their father had made it clear when he divided the pair between his sons that they were to be restored in the event of death, in order to be passed along intact within the family. The Major’s own gun had lain solitary all these years in the double walnut box, a depression in the velvet lining indicating the absence of its mate. Now they would be restored to their full value—around a hundred thousand pounds, he imagined. Not that he would ever dream of selling. For a moment he saw himself quite clearly at the next shoot, perhaps on one of the riverside farms that were always plagued with rabbits, coming up to the invited group, bearing the pair of guns casually broken over his arm.

“Good God, Pettigrew, is that a pair of Churchills?” someone would say—perhaps Lord Dagenham himself, if he was shooting with them that day—and he would casually look, as if he had forgotten, and reply, “Yes, matched pair. Rather lovely walnut they used when these were made,” offering them up for inspection and admiration.

A rattling against the doorjamb startled him out of this pleasant interlude. It was Mrs. Ali with a heavy tea tray. She had taken off her green wool coat and draped her paisley shawl around the shoulders of a plain navy dress, worn over narrow black trousers. The Major realized that he had never seen Mrs. Ali without the large, stiff apron she always wore in the shop.

“Let me help you with that.” He began to rise from the chair.

“Oh, I can manage perfectly well,” she said, and brought the tray to the nearby desk, nudging the small stack of leather books aside with one corner. “You must rest. You’re probably in shock.”

“It was unexpected, the telephone ringing so absurdly early. Not even six o’clock, you know. I believe they were all night at the hospital.”

“Heart attack. Quite massive apparently.” He brushed a hand over his bristled mustache, in thought. “Funny, somehow you expect them to save heart attack victims these days. Always seem to on television.” Mrs. Ali wobbled the spout of the teapot against a cup rim. It made a loud chonk and the Major feared a chip. He recollected (too late) that her husband had also died of a heart attack. It was perhaps eighteen months or two years now. “I’m sorry, that was thoughtless—” She interrupted him with a sympathetic wave of dismissal and continued to pour. “He was a good man, your husband,” he added.

What he remembered most clearly was the large, quiet man’s restraint. Things had not been altogether smooth after Mr. Ali took over old Mrs. Bridge’s village shop. On at least two occasions the Major had seen Mr. Ali, on a crisp spring morning, calmly scraping spray paint from his new plate glass windows. Several times, Major Pettigrew had been in the store when young boys on a dare would stick their enormous ears in the door to yell “Pakis go home!” Mr. Ali would only shake his head and smile while the Major would bluster and stammer apologies. The furor eventually died down. The same small boys slunk into the store at nine o’clock at night when their mothers ran out of milk. The most stubborn of the local working men got tired of driving four miles in the rain to buy their national lottery tickets at an “English” shop. The upper echelons of the village, led by the ladies of the various village committees, compensated for the rudeness of the lower by developing a widely advertised respect for Mr. and Mrs. Ali. The Major had heard many a lady proudly speak of “our dear Pakistani friends at the shop” as proof that Edgecombe St. Mary was a utopia of multicultural understanding.

When Mr. Ali died, everyone had been appropriately upset. The village council, on which the Major sat, had debated a memorial service of some kind, and when that fell through (neither the parish church nor the pub being suitable) they had sent a very large wreath to the funeral home. 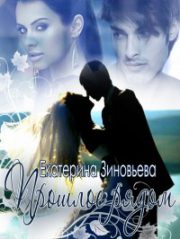 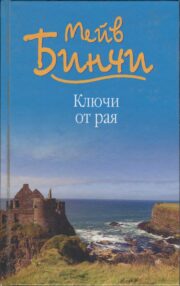 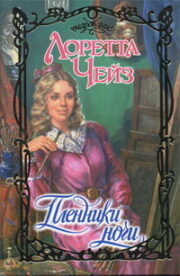 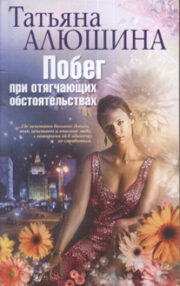