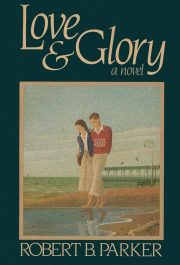 Boone Adams met Jennifer Grayle when they were both eighteen and lost her when they were both twenty-two. His life from that point was a steady descent through the circles of American culture until he hit bottom in Los Angeles ten years later. Now he has nothing left but his love for Jennifer, a love that has remained unsullied and still, the eye at the center of his hurricane, his only stay against confusion. It saves him. Slowly, with agonizing effort, he comes back — across the country, across the years, across the despair that nearly destroyed him, sustained only by his determination to get Jennifer back. Love and Glory is a story of love and commitment and regeneration, told in the language of our time and set among the artifacts of recent American culture. In prose that often soars Love and Glory speaks not only of desolation but of possibility. It speaks not only of Boone and Jennifer but of America, and it hints, obliquely, that perhaps we are not merely “boats against the current, borne back ceaselessly into the past”.

A fight for love and glory,

A case of do or die.

As time goes by.

In memory it seems someone else, a boy in a glen plaid suit and a lime green shirt chewing gum with a cigarette behind his ear while he danced awkwardly with a girl who made his stomach buzz, and Frankie Laine sang “Black Lace” on the record player. But it wasn’t someone else, it was me, or at least the beginning of me. It was the evening I was born: an embryonic kid with his hair slicked back, I danced, for the first time, with Jennifer Grayle; and the flowering of my soul was forever wed to a vision of possibility so gorgeous and unspeakable that even now it seems a trick of time and memory. No child could have felt what I felt. And yet... the buzz in my stomach has buzzed for thirty years and buzzes still, an implacable thrill of passion and purpose that has galvanized me like the touch of God’s finger on Adam’s inert hand.

As we danced at that freshman dance in the early fall of 1950, it was as if the still serpentless meadows of Eden spread out around us. We are east of Eden now, full of knowledge. We know that lambs and lions will not gambol, if they ever did, in a green eternity. But we know much more than that, and some of what we know is worth mortality.

I had gone from an unaffluent city up to Colby College in September of 1950, virginal, full of fantasy, and nearly devoid of social graces, to major in English and become a writer. I wasn’t scared. I’d been away before. I knew I’d make friends, but I was frightened of girls and the freshman dance made me anxious. None of us knew one another yet. We had no gang to hang with in a corner, to play to as we danced. No one whose approval we had tested and could count on. My name tag, pinned to my wide lapels, said HI, MY NAME’S BOONE ADAMS, WHAT’S YOURS? Wearing it made me feel like a perfect asshole, but everyone was wearing theirs.

She was wearing a black dress and there was a sort of richness about her, a density of presence that made her seem more tangible than other people. At eighteen I thought she looked sexy. Chewing three sticks of Juicy Fruit, I swaggered over and asked her to dance. Bravado.

She danced as badly as I did. We were barely able to maneuver the floor.

She said, “Are you enjoying Colby so far?”

I danced as close as I could. I thought it was a way to make out. Her thighs moved against me, and I could feel the faint masking slickness of her slip.

“Yeah?” I said. “I know a guy in Marblehead. Moved there from New Bedford. Frankie Gonsalves. You know him?”

“I don’t think so,” she said. I pressed a little harder against her. “What does his father do?”

She didn’t cringe at the swear word. Did that mean she’d come across? I’d always harbored the hope that girls who swore also screwed.

“I think he dropped out.”

The record ended. We stood for a moment. Then she said, “Well, thank you very much. I hope we’ll get to know each other better.”

“Yeah, maybe we should grab a few beers together sometime, huh?”

“Yes, that would really be fun,” she said. And then she walked back to the side of the room where the girls congregated. I walked back and stood among the boys I didn’t know yet. I took the cigarette from behind my ear and put it in the corner of my mouth and snapped a paper match with one hand and lit the cigarette. I leaned my back against the wall with my hands in my pockets, and hooked my right heel over the molding ledge, and smoked my cigarette without taking it from my mouth. Cool.

My thighs felt thick and hot where hers had brushed them and the light and only occasional touch of her lower belly against me as we danced seemed now to continue. I thought about her looking up at me in the moonlight with her eyes slitted and her mouth half open, her arms around my neck her head thrown back her breath smelling of champagne; a soft wind that smelled of distant violets stirred her hair. Across the room I saw her being asked to dance. She smiled and went to the floor with a tall kid from Long Island whose name I didn’t know. He knew how to dance.

I watched her looking up at him and smiling. I should have asked her again. Maybe after this number. I could feel myself shrinking inside. She moved about the floor with the kid from Long Island. The music ended. He said something, she laughed, and he left her with the girls. NOW. Hi, Jennifer, care to try it again? The new record came on. Something by Les Brown and His Band of Renown. Several of the girls she was with went to the dance floor. She was alone for a moment; she looked around. NOW. Why not now? She moved toward another group of girls. I lit a new cigarette in the corner of my mouth and walked slowly out of the room and back across the campus with the smoke stinging my eyes and my stomach knotted with something like fear and something like grief. The dark sky was very very high and I was very far from home and very very small.

The cinder block classroom reeked with heat. The windows were closed. The radiator hissed. Mr. Crosbie, the instructor, was outlining a successful expository essay on the board.

“We begin,” he said, “with the topic sentence.” He wrote I. TOPIC SENTENCE on the blackboard.

“Now, in Cardinal Newman’s essay that you read for today, what is the topic sentence?”

I was reading Mr. Crosbie’s comments on my first paper. “A certain weak humor,” he’d scribbled, “and the suggestion of imaginative reach. But riddled with punctuation errors, run-ons, and sentence frags. It is inappropriate to a formal expository essay.” A large red F was circled at the bottom.

Two seats away from me to my right, Jennifer Grayle was sitting. I had passed her in the corridor on the way to class and she had ignored me. I had bitten off my anxious hello just in time when I realized she wasn’t going to speak. Maybe she didn’t mean the stuff about getting to know me better. Now she was sitting with her textbook open to Newman’s essay and her pencil poised to underline the topic sentence as soon as someone identified it.

“Well, what is the essay about,” Crosbie was saying.

Jennifer was wearing a black woolen shirt and faded blue jeans with the cuffs turned up. The jeans were smooth over her buttocks and thighs. I looked at them and felt my abdominal muscles clench like a fist. Christ she looked right through me when I went to say hello. Right fucking through me.

The steam pipes that fed the big iron radiator gave a chunk. I looked at the F on my first college theme. My stomach had the going-down-in-an-elevator feeling it always got when I’d been caught.

Mr. Crosbie wasn’t making much progress. He shook his head. “I don’t think one can say that the topic of the essay is religion. You need to be more specific.”

Jennifer’s hair was dark brown with now and then a glint in it, sort of a copperish glint. It came to her shoulders and then turned up slightly. Her lower lip was full and her mouth was wide. Where the black woolen shirt opened at the throat I could see, from my angle, the hint of her white breast.

My face felt hot. I was wearing a gray Orlon pullover shirt and it itched against my back. I shifted a little in the yellow-maple chair. On the writing arm there were initials engraved with hard-tipped pencils, some of them quite ornate. Some of them childish. A lot of the initials were designs where the letters were incorporated into each other, a B on the second leg of a capital R, things like that. A number of the initials were of couples. RP & JH. Occasionally they were in hearts.

I looked at the watch on the wrist of a guy next to me. 8:20. Jesus, class lasted till 9:00. I couldn’t last. My eyes kept closing and when they closed my head would begin to sag forward and then jerk back as I caught myself. I shifted in my chair again. My underwear was damp with sweat and felt too tight. I looked at Jennifer. She didn’t look hot. I wouldn’t think about her underwear, or sweat. I knew that the laws of nature required her to have many of the same bodily functions I did, but that was only technically true. My imagination never accepted it as real.

Mr. Crosbie was getting mad, or desperate. “What do you think an expository essay is?” he said. The class, wretched in its hot boredom, coalesced into mute submission. I gave up. With my feet propped on the empty chair next to me, I tipped my own chair back against the wall, folded my arms across my chest, and let my head relax forward.

Mr. Crosbie was leaning forward over his lecture table looking at his seating plan. “Mr. Franklin,” he said, “define exposition.”

Franklin was hunched over his notebook and text, staring at them blankly. The more he looked the more they didn’t tell him what exposition meant.

Franklin was very ivy with his oxford button-down and chinos. He wore his blond hair in a crew cut, and his white bucks looked pre-scuffed. He was in college on some kind of church-related scholarship. He looked up finally from the unobliging textbook and said, I’m sorry, sir. I’m afraid I don’t know.” 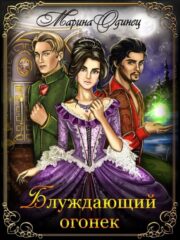 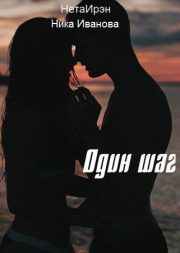 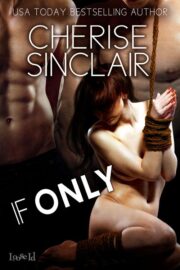 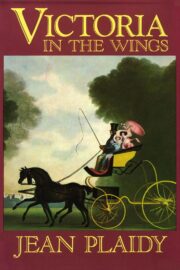 Victoria in the Wings