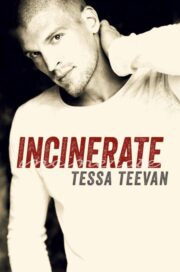 Knox and Charlotte’s story. Expected early 2014.
When Knox Wellington opens the door to Charlie Davenport, he’s not expecting the fiery brunette with whiskey colored eyes and a feisty personality. Sparks fly immediately, even though their initial meeting is nothing but hostile. Their chemistry is undeniable, but the chip on Knox’s shoulder threatens to destroy any hope of him wooing the sweet, southern volunteer sent to help with his rehabilitation.
Little does he know she’s no Southern Belle, as she gives as good as she can take. As unexpected circumstances push them closer together, heads butt, patience is tested, and flames ignite as they dance around their mutual attraction, both of them jaded from broken pasts.
They’ve both been burned before, so when their feelings of lust, desire, and wanting are inflamed in the heat of the moment, will they finally be able to get over the pain of the past or will their relationship be reduced to ashes before it can ever really begin?

I live in the light, yet I am not blind to the darkness. I've moved past it, but choose not to ignore it.

SHE FUCKED my brother.

I have to laugh as I hear Jace swear while the other guys suck in their breaths. In all the years I’ve known Jace, I’ve never opened up about the blood-sucking bitch known as Megan Caldwell. The first couple of years after boot camp, he was always going on and on about this supposed dime he had back home, but one night I found myself carrying his drunk ass out of a bar in Germany after he’d found out that she was engaged. The guy was a fucking wreck, and it only confirmed my belief that woman are fucking blood suckers. Ready to suck the life out of you and then leave you high, dry, and heartbroken. Fuck women. Fuck them all.

And that’s my motto. Fuck them all, care about none.

But Jace… He’s an enigma. He loves his woman more than anything. This whole conversation into why I’m so jaded about relationships started when his pansy ass took her damn picture out of his cargo pocket, the same way he does on every mission. His fucking eyes light up when he sees her smile, and although I give him shit, sometimes I think I want that. Then I remember my motto and Megan and I forget about any happily ever after for me.

The past ten years, J. Mac and I have been brothers. We bonded as we worked our asses off to become two of the best EOD specialists in the Army. I was hardened to love when I joined the Army, but in Boot Camp, Jace was a fucking puppy. Alexa this, Alexa that. The guys started calling him Romeo, and I know he loved it, even if he wouldn’t admit it.

When we got stationed at the same post after training, the light in his eyes had faded. All he told me was that she was gone. He was different. He became hardcore on the job. Volunteering for every mission, no matter how dangerous.

Two years later, when we were on R&R in Germany, he finally spilled after too many beers. She was getting married. And he, the bravest soldier I’d ever met, was crying in his beer. That, combined with the fucking agony Megan had brought on, made me swear off love. But enough about him. If he’s happy now, I’m cool with that, but I know it’s not in the cards for me.

“Dude, was that the same brother you stayed with?” J. Mac asks, brows furrowed.

I snort at the thought. “Nope, that was my younger brother. The other douche… We don’t talk much.”

It’s true. We don’t talk. His story was that Megan had told him that we’d broken up. He didn’t give a shit that it was lie. Fuck, he was happy to be screwing my sloppy seconds. He always had some weird competition thing with me, and when I caught them, I swear he fucking smiled.

So the next day I walked straight to the recruiter’s office and joined the Army. Megan and I were supposed to go to the University of Tennessee together, and I couldn’t stomach the thought of even being on campus with her anymore, so when I saw an ad on TV for the Army, I spontaneously decided that getting as far away as possible sounded like the best new plan for me. Mom screamed; Dad said that he’d disown me. For the first time in my life, I took the silver spoon out of my mouth, and I’ve never looked back.

And now I’m pissed off that I’m even thinking about it. They’re all lost to me. It’s been over ten years and my younger brother Cohen is the only one who gives a shit, and I’ve already been giving them more thought in the past few minutes than I have in a long time.

I park the MRAPP and the guys check the perimeter. Montgomery signals the all clear, but before I get out, Jace touches my arm.

“You’ll find her, man. And I can’t fuckin’ wait,” he says, grinning as he gets out, and I want to kick his ass for even wishing that for me.

Scowling, I exit the vehicle and begin to move towards the suspicious area. Out of the corner of my eye, I catch a glint. I turn around to face the Hindu Kush Mountains. Don’t let popular belief fool you. Afghanistan is beautiful, with mountains and hills and poppy fields full of gorgeous color. The problem is, those very things can hold threats. I get J. Mac’s attention, and he gives me a questionable look.

A shiver runs down my spine as another reflection comes off a hill nearby.

Looking at Jace, I see his mouth move as an explosion sounds in my ear. The bomb blast rips through my body, throwing me at least twenty feet in the air. Pain immediately tears throughout me, and shrapnel slices my skin to shreds. When I hit the pavement, I can feel the crunching of bones in my back and my arm, and the wind is knocked out of me, making it difficult to breathe.

When I look towards where Jace was one last time, I see him lying on the ground, his eyes closing before I can tell if he’s okay. My head is the last thing to smash against the road, and as it hits, another explosion of bright light bursts in my mind. My vision starts to blur due to the slamming force of it. No longer able to keep my eyes open, I close them, all the while trying to fight like hell to keep from succumbing to the darkness, but it’s no use.

I can feel myself drifting off, and instead of flashes of my life and loved ones running through my mind, I see nothing. Absolutely nothing. I’m fucking alone, and I’m going to die this way in this godforsaken country. Shattered. Broken. And completely alone.

THE SOUND of slow, steady beeps fills my ears as my mind attempts to determine what the hell is going on. My eyelids are heavy and my lips feel unbearably dry, but worst of all is the pain that’s radiating throughout my entire body. My brain is foggy and struggling to make sense of where I am. Something’s covering my nose and mouth, and although I want to break free, I can’t bring myself to move. Feeling the cool air blowing on my face, I can tell that it’s an oxygen mask, and I wonder what the hell happened to me.

A small hand grasps my wrist, sending a deep shockwave of stinging pain all the way up my arm. Wincing, I try to move it, but something heavy is holding it down. I’m almost ready to open my eyes when I finally hear a voice. Her voice. The voice I could never hear again and still die a happy man.

“He looks awful. Please tell me Knox is going be okay.” I hear the sugary sweet Southern drawl of Megan Caldwell Wellington. Jesus, I’m half fucking dead and she’s still haunting me.

I feel a small hand slip into mine, and a wave of irritation passes through me at her touch. Why the hell is she even here? Matter of fact, where in the hell is here, anyway? The last thing I remember is watching Jace’s eyes go wide when he realized what I was trying to tell him. A light bulb clicks on in my brain and I’m plagued with thoughts about my team.

Racking my brain, I replay the entire scene in front of me. I was the closest guy to the blast, so if I’m alive, I would think it’s safe to assume that everyone else is okay. But this is fucking war, and assumptions can’t—and shouldn’t—ever be made. Knowing I should’ve seen that spotter well before I did, with enough time to get my guys out of there, I’ll go fucking insane if anything happened to any of them. As if on cue, another voice speaks, pulling me out of my thoughts.

“It’s been touch and go, but the doctors say his vital signs are good. The brain swelling’s gone down, and this morning they took him off the medicine that was keeping him in the medically-induced coma. Cohen said they told him he should be coming out of it any time today,” Jace informs her.

Relief washes over me when I realize that he’s okay. I know I like to keep myself closed off from a lot of people, but Jace is my brother in every sense of the word, save the biological part. Now that I know he’s good, I try to process what I just heard. A coma? I vaguely remember my head slamming against the ground, and the light pounding in my head makes sense now. Come to think of it, I’m aching all over, but before I can give it any more thought, the sound of an opening door echoes in the silence and I hear a huff before the loud “What the fuck?” that follows.

Footsteps stomp over to the bed, and Megan’s hand is pulled away from mine. She lets out a small gasp. “What the hell are you doing here, Megan?” I hear my brother’s angry voice seethe. I wish my goddamn eyelids would cooperate and open so I can witness what’s going on. The fogginess is finally letting up, but I still feel like ten tons of bricks are holding my eyes closed.

“What are you talking about, Cohen? Of course I’d be here. He’s family.”

Jace clears his throat, but it’s Cohen who speaks. “No, Megan, you may be married to my brother, but Knox’s only true family has been in this room for the last three weeks, and that doesn’t include you.”

Megan’s voice is filled with tears when she responds. “Branson’s out of town and I needed to come see that Knox was okay. I still care about him, Cohen.”

“Right. Bran didn’t care enough to come see his own brother who was in a coma, and you had to sneak away to do it. Knox may have been bent out of shape when you left him, but the way I see it, he got lucky. You and Branson are perfect for each other.”

An involuntary groan escapes my lips at Cohen’s reminder that the only girl I ever loved left me for my brother. I hear a small gasp and a rush of movement as another person comes to my side. A soft hand strokes the side of my face and a small whisper comes next.