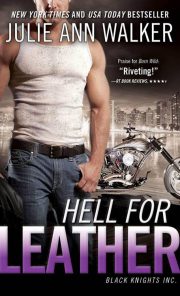 Only the most urgent crisis could force Delilah Fairchild to abandon her beloved biker bar and ask the surly Bryan «Mac» McMillan for help. Her uncle—the man who raised her—has vanished into thin air, and Mac is the only person with the right connections to help her find him. What the ex-FBI agent has against her is a mystery…but when the bullets start to fly, Mac is her only chance of finding her uncle alive.
Mac knows that beautiful women can’t be trusted, but he has to put his natural wariness of Delilah aside in order to help her. With the clock ticking, Mac and Delilah find themselves holding on to each other in the wildest adventure of their lives.

To my sister, Pam.

Your wit, whimsy, and overall ability to find the “funny” in most situations taught me early on not to take life, or myself, too seriously. I’ve had a fuller, happier, far more interesting time as a result of it. Thank you for showing me what a wild, wacky, and wonderful world it really is!

Only those who will risk going too far can possibly find out how far one can go.

If the sight of the nearly empty bottle of Lagavulin sitting on the bar in front of him wasn’t proof positive, then the feel of his eyelids scraping across his eyeballs like thirty-grit sandpaper was.

Getting soused hadn’t been his intention when he casually tailed Dagan Zoelner into their local watering hole. He’d simply been curious why Zoelner had run like a scalded dog out of the raucous barbeque that had been in full swing back at the shop. And he figured a couple of cold ones might loosen the guy’s tongue.

But it wasn’t a bottle of Budweiser Zoelner ordered after plunking himself down on a stool at the long mahogany bar, hooking the heels of his biker boots over the brass foot rail. It was scotch. An entire bottle.

And Mac hadn’t been able to sit by nursing a beer while Zoelner proceeded to get piss drunk. For one thing, sitting by and watching a friend and trusted teammate get piss drunk, well, it was just…sad. And for another thing, he knew when men like them set about getting piss drunk, it was usually because something had triggered past demons to come out and play. Past demons in the form of dark memories of good men now dead, of missions or assignments or cases gone horribly wrong, or of bad calls that drove a guy crazy asking himself the sonofabitching question of what if.

What if I’d done things differently?

What if I’d moved just a little faster?

What if I’d taken a second look at that last bit of Intel?

It was a useless endeavor…asking what if. But that didn’t mean all the operators at the privately run covert government defense firm known as Black Knights Inc. didn’t indulge in it occasionally. Hell, more than occasionally. Asking what if seemed to come part and parcel with the job. And tonight it appeared Zoelner was doing just that…asking what if with gusto and single-minded determination all washed down with a healthy portion of twenty-year-old scotch—hiccup. And Mac, sympathetic fool that he was, had voluntarily joined in for the ride.

The good Lord knew he’d pay for it tomorrow with a headache big enough to drop a mule, followed by eight to ten hours of straight mainlining coffee in an attempt to combat the effects. But for right now, he felt pretty good. Except for the gritty eyes, his body was numb and tingly. His tongue particularly so. Which was why when he finally turned to Zoelner, breaking the we’re-men-so-we-drink-in-silence thing they had going, and asked, “So, you gonna tell me why we’re sitting here gettin’ drunker than a betsy bug on a Tuesday night?” the second to the last word came out sounding more like Tushday.

Zoelner, usually known for his smooth movements and strange bouts of statue-like stillness, turned unsteadily toward him. His slate gray irises were nearly obscured by the heavy lids hanging over them. The left lid appeared to have suffered the influence of the scotch more than the right because it drooped just a fraction lower.

“First of all,” Zoelner said, “has anyone ever told you the big-hat-and-no-cattle Texan comes out in you when you’re tipsy?” He grinned lopsidedly. “And secondly,” his expression turned serious, “don’t go getting mushy on me.”

“I’ll have you know I grew up with a hat and cattle.” Mac frowned. “And I’m not gettin’ mushy on you. I just thought, you know, you might want to talk about,” he made a rolling motion with his hand, “whatever.”

Zoelner glanced around the bar, squinting at the red vinyl booths, the burly clientele, and the roaring jukebox like he’d never seen the place before. “Where am I?” He blinked owlishly. “I could’ve sworn I sat down in a badass biker bar, but at some point I must’ve been transported into the middle of a chick flick.”

When he turned back, Mac made sure his expression was bland.

“Okay.” Zoelner rolled his eyes. “So, let’s talk. Let’s delve into the depths of my emotions, of how I’m feeling. Then, after we’re done doing that,” he batted his lashes like he was trying out for a Revlon commercial or something, “we can ask the bartender to exchange our scotch for herbal tea and go find some Indigo Girls on the jukebox.”

Mac snorted. His nose filled with the smells of stale beer, crushed peanut shells, and cowhide from the overabundance of leather being sported around the place. Except for the peanut shells, the scents reminded him of home, of The Lazy M ranch where he’d been born and raised.

All hat and no cattle, my ass.

“All right, shitheel,” he grumbled. “So maybe you’re not too keen on hashing out what’s jerked a knot in your tail tonight.” Zoelner’s wide grin returned, and Mac realized with that last turn of phrase he’d proved the guy’s point about the Texan coming out in him after he’d had a few. But he couldn’t help it. Nor, come to think of it, would he want to. Because like most Texans, he was good-and-goddamned proud to say he hailed from the Lone Star State. Yeehaw! And pray the creek don’t rise! “But I just gotta know…this doesn’t have anything to do with Agent Winterfield, does it?”

Luke Winterfield was a rogue CIA agent who leaked information about the number and location of the U.S. government’s black sites to the press. Some called Winterfield a whistleblower. Mac called him a traitor. And just this morning, splashed across the headlines, was news that the bastard had found a country to grant him asylum. It had to be a major blow for every CIA agent out there—even an ex–CIA agent like Zoelner.

“Pssshht.” Zoelner made a face. “I stopped caring about The Company and its shenanigans years ago. As for Winterfield, I never met the ashhole.” Zoelner frowned and rolled in his lips before trying again. “Asshole.”

“Then what on God’s green earth is tonight all about?” Mac demanded. “Because I gotta be honest. This whole sittin’-here-in-silence-while-we-drink-ourselves-good-lookin’ thing has just about run its course with me.”

Mac glanced down the polished length of mahogany and…sure enough. There was a bird in a tight top and buttery-soft biker jacket sitting near the end. She looked like she might’ve stepped off the cover of a motorcycle magazine—having that whole sexy-without-being-overly-pretty thing going. And when she caught him staring, she licked her ruby-red lips and seductively lowered her thick, sooty lashes.

Can you say invitation, ladies and gents? Even in his scotch-addled state, Mac recognized the blatant come-and-get-me-big-boy look in her eyes.

Sorry, darlin’. But you’re barkin’ up the wrong tree.

“No, thanks,” he told Zoelner, sitting back and lifting his glass of scotch to his lips. “She’s not my type.”

Zoelner cocked his head. “You remind me of a giant black hole, sucking all the light and fun out of the evening.”

“Me?” Mac turned on the man incredulously. “I’m not the one who decided to spend the night sitting at this…this sausage-factory of a bar, quietly getting stone-cold shit-faced.”

“Hmm.” Zoelner narrowed his eyes. “Sausage-factory of a bar, eh? Meaning there are too many swinging dicks and not enough soft and sexies around tonight? Do I detect a hint of melancholy?”

“That’s a big word for a drunk man.” Mac chuckled.

“I’m not that drunk,” Zoelner insisted, and Mac grabbed his stomach, laughing out loud. “Okay, so maybe I am that drunk,” Zoelner admitted, “but that doesn’t mean I’m wrong. My point is, I think you’re not interested in the brown-haired Betty over there because you’re pining away… Is that how you Texans would put it? Pining? For a certain redhead who’s suspiciously absent from the bar tonight.”

And that strangled Mac’s laughter into a cough. He lifted his glass to suck down a drop of scotch. Carefully placing the tumbler back on the bar, he ran his tongue over his teeth and said, “I don’t know what you’re talkin’ about.”

“The hell you don’t.” Zoelner snorted. “Anyone with eyes in their head knows you’re hot-to-trot for our usual bartendress. And if all her come-ons are anything to go by, she’s hot-to-trot for you, too. Which begs the question…what are you waiting on? Why haven’t you hit that, like, a thousand times by now?”