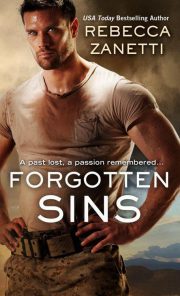 His Secrets Can Destroy Her
From the moment Josie laid eyes on sexy, mysterious Shane Dean, she was in love. Their desire ignited a passionate affair, and within weeks, Shane had slipped a ring on her finger. It seemed her every fantasy was coming true . . . until her new husband disappeared without a trace. Now, two years and one broken heart later, Josie is shocked by the hospital calls: Shane has been found . . . at a crime scene with no memory of how he got there.
Her Love Can Save Him
Shane can’t remember the blue-eyed angel at his bedside—or who he even is—but he knows something isn’t right. His hearing is razor sharp, his physical strength incredible, and the urge to protect Josie overwhelming. For powerful enemies are hunting him, and Josie is the key to discovering why. As Shane struggles to unravel his past, dangerous new truths come to light. Can he protect the only woman he’s ever loved? And can Josie trust a man she thought she knew—one who carries such a deadly secret?

To Vince Rossi: the best godfather, softball coach, cowboy, dentist, and river guide who ever lived. We miss you so very much.

I love the acknowledgments page in a book because thanking people makes me happy; yet it adds some stress in case I’ve forgotten anyone. If I have, I truly apologize. Many people worked hard to make this book happen, and I am very grateful.

First, a big thank-you to my husband, Big Tone. People ask all the time how an author with a day job and kids gets everything done, and I tell them it’s because I’m married to you. You get things done. Even before I sold my first book, when writing just took time away from activities, you encouraged me to give it a shot. Thank you.

To my kids, Gabe and Karly, thank you for the support, for the laughs, and for the fun. You’re the best kids on earth, and I love you.

To my talented agent, Caitlin Blasdell, thank you for protecting, guiding, and enhancing my career. The edits you send always make the book so much stronger. You’re the calm in a wild industry, and I appreciate you so much! Thank you to Liza Dawson for teaching me to set the scene, to Havis Dawson for his expert editing advice, and to Hannah Bowman for character insights. The Dawson gang truly rocks.

To my amazing editor, Michele Bidelspach, thank you for the fantastic, detailed edits for this book. I think we reached a depth with the characters that readers will love, and that’s from your expertise. I’ve really enjoyed working with you and hope we have many books to come. Thank you to everyone at Grand Central Publishing who has worked so hard on getting this book to readers.

Thank you to the Lethal Ladies Critique Group for the wisdom and fun, to my FB street team for the encouragement and laughs, and to my local RWA Group, IECRWA, for the support and good times.

And as always, thank you to my constant support system: Gail and Jim English, Debbie and Travis Smith, Stephanie and Donald West, Brandie and Mike Chapman, Jessica and Jonah Namson, and Kathy and Herb Zanetti.

Shane settled against the cold block wall, engrossed in the television set across the room but forcing himself periodically to glance outside the darkened window. The second dawn hit, he and his brothers had to flee the computer center. Their current transgression was punishable by beating or confinement. Probably both.

But a night spent watching a marathon of the show featuring a family living in the city was well worth the risk and provided an insight into a world he had only dreamed about. Breaking into the private room housing the television had been almost too easy. It surprised him the soldiers taught them stealth and surveillance but didn’t expect them to use the skills.

A boom sounded in the distance—probably from a coal mine hours away. Just to double-check, he lifted his head and used his special hearing to make sure they were safe. A wolf prowled a mile or so away, and prey scattered. No humans breathed nearby. Well, none other than his three brothers while they watched the show. The eighth episode wound down to cheerful music and a happy ending.

Shane forced a shrug. “I think a family is people who live together.”

“I guess it’s that lady there.” Shane pointed at the woman on the screen.

“She looks…” Matt, the oldest of them all, said thoughtfully, “soft.”

“How come we don’t have moms or ladies here?” Jory asked.

Shane shrugged again. He probably didn’t deserve a mom, but Jory did. Why didn’t Jory get a mom? “Maybe soldiers don’t get moms.”

“Oh.” Jory turned back to the screen. “She looks nice.”

Nathan jumped up. “It’s time to go—sun’s out.” As the second oldest, Nathan usually kept a close eye on Jory and Shane, while Matt spent his time training them to survive.

Shane stood and reached down to help Jory up.

Jory stood and brushed off his pants. “Fine.”

“Follow me, and don’t look guilty.” Matt headed into the chilly dawn, followed by Nathan.

Shane waited until Jory was clear before shutting the door and hustling over to train with Nathan. All around them, boys engaged in mock-fighting. His brother kicked him in the stomach, and he allowed the pain to disappear before punching Nate in the jaw.

The sun angled through the trees when Commander Phillips strode onto the practice area followed by two soldiers who pulled behind them a short, dirty man. Grease and debris littered the man’s long dark hair and beard. The prisoner’s hands were bound behind his back, and he furiously begged in a language Shane hadn’t learned yet. The man’s bare feet dragged in the dirt, leaving clear tracks. His blood made a swishing sound as it shot through his veins too quickly. Lung tissue crackled as his breath panted out.

Terror had a sound.

“Soldiers.” The commander called them to attention.

They quickly moved into formation. The commander was straight and sure, his hair cut in a short buzz. His eyes were a deep, dark black. Shane always tried to concentrate on something else when facing the commander, sure that getting lost in those black depths would mean death. He knew it somehow.

He and the other boys watched impassively as a soldier forced the prisoner to his knees.

“You’ve been studying anatomy and pressure points for a month now,” the commander said. “Today we concentrate on the swiftest and most economical way to break someone’s neck.”

The live demonstrations always made Shane’s head pound. Did the prisoner know he was about to die? Probably. Shane steeled his spine just in case it was his turn. Please don’t let it be his turn.

The commander paused and then called out, “Cadet Shane.”

As Shane moved forward to stand by the prisoner, Matt began to shift from his place in formation, reaching for the knife sheathed at his calf. Shane subtly shook his head. Even if Matt somehow stabbed the commander so they could run, they didn’t have anywhere to go. The commander would always find them.

Matt stood down, his entire body tense. As the oldest of the brothers, he considered it his duty to protect them somehow. Their identical gray eyes met, Matt’s hot and desperate. Shane tried to shrug, but his shoulders shook instead. His gut hurt.

Hopefully he wouldn’t lose his mind for a few days like Matt had when it had been his turn. Shane understood this was another part of his training—he was old enough to kill now.

He had just turned ten.

Josie’s heels clicked in rapid staccato against the well-worn tiles, the smell of bleach making her stomach cramp. Her mind spun. How could this be happening? It must be some sort of trick.

Someone had taped smiling pumpkins along the hospital walls to celebrate the month of October. Something about their jagged teeth against the dim walls creeped her out. Even as an adult, the sense of helplessness she’d felt as a child in the hospital caused her body to tense and brace to flee from the antiseptic smells.

Several nurses converged behind a wide counter, studying charts. Josie ignored them and hurried down the hall. She reached the last room on the left and ran smack into a uniformed police officer. Bouncing back, she struggled to balance herself in the heels she’d worn to work. The call had come in after dinner, and she was still at the office. As usual. A promotion to vice president was up for grabs, and she was going to get it.

The cop steadied her, dark eyes appraising. “You all right, ma’am?”

“Yes.” She tugged her handbag strap up her arm, needing to get a grip. She was an adult and in control now. “A Detective Malloy called me to come down. I’m Josie Dean.” Her breath hitched on her last name; she’d be changing that soon.

“Major Dean,” she said automatically, and then her face heated. “I mean, he used to be a major. He may have been promoted.” God. She sounded like an idiot.

A voice over a loudspeaker announced a code blue. The officer straightened, listened, and then relaxed his shoulders as a room on the third floor was named. “You can go right in.” He tipped his head toward the open doorway before flashing a smile at a pretty nurse pushing a book cart down the hall.

Yeah. She’d go right in. Easier said than done. Josie took a deep breath, steeled herself, and walked inside, her attention instantly captured by the male figure perched against the hospital bed.