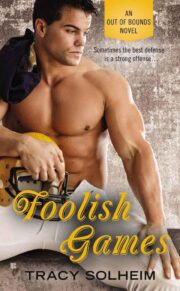 A Hail Mary play for the heart.
Bridal gown designer, Julianne Marchione knows better than to lose her head at a client’s wedding. But, much to her embarrassment, a mix of migraine medication and a smoking hot football player lead to a steamy one night stand resulting in a surprise pregnancy. Julianne has every intention of leaving her NFL hookup far in the past until her son, Owen, is born with a life-threatening blood disorder that requires a transfusion—and Julianne is not a match.
Will «William the Conqueror» Connelly grew up tough, shouldering the stigma of being a bastard child born on the wrong side of the tracks. He refuses to let any child face the same discrimination. When he finds out about Owen, he’s furious that Julianne kept his son a secret. But when he sees her again at the hospital, he realizes that his feelings for her go far beyond anger.
Will insists that Owen recuperate at his home in North Carolina, and he’s adamant that Julianne become his wife—even if it’s only a temporary marriage in name only. But will their simmering attraction ever lead to a real connection?  Or are they just playing foolish games?

This one is for my own William Anthony.

Thanks, Dad, for gifting me with your love of reading.

I miss you every day.

As always, I am grateful to the wonderful people who continue to support me in making my dreams come true.

Cindy Hwang, thank you again for your suggestions and guidance that made this book the best it could be. Kristine, Courtney, Amy, and the rest of the staff at Berkley, who lent their talents to crafting and promoting this book, thank you. It is a pleasure to work with you all.

Thank you to my agent, Melissa Jeglinski, for always being there to talk me down, no matter what the issue.

Writing can be a solitary business, so I am thankful for the author friends I’ve made along the way. In particular, Christy, Susan, Laura A., Laura B., and the ladies of Women Unplugged and Romancing the Jock.

Thanks to the women of Talking Volumes Book Club, the gym rats, the barn moms, the band moms, and my Epiphany People, for running interference when real life intersected with deadlines.

Melanie Lanham, thank you for being my beta reader. Somebody’s got to do it, right?

Thanks, also, to Mary Mullenbach for answering your phone the many times I call with crazy questions about grammar and word choice.

Jackie Pierce, thank you for your dogged promotion of my career.

Kim McNamara and the wonderful staff at Read It Again Books, thanks for supporting a local author.

Finally, thanks to my family, near and far, for believing in me.

And to the three family members who endure the most torture during this process— Greg, Austin, and Meredith— I couldn’t do this without you. I love you.

The word reverberated inside Will Connelly’s head, pummeling his temples until they began to throb. He clenched his jaw firmly in place, at the same time willing his knuckles to release their death grip on the leather chair. It was an effort to appear unfazed despite the fact the supposed purpose of the meeting had taken a 180-degree turn. If ever there was a time for Will to put on his game face, this was it.

The U.S. senator sitting across the conference table was sadly mistaken if he thought he was a match for Will’s trademark inscrutable stare. There was a reason he was known as William the Conqueror throughout the NFL: Will Connelly tore through offenses relentlessly, all the while wearing a stoic expression that caused many an opponent to declare that the Pro Bowl linebacker had ice water running through his veins.

The men seated on either side of him, however, weren’t as practiced at remaining cool. Both shifted uneasily in their chairs.

“Come again?” Roscoe Mathis, Will’s agent, wasn’t one to sit patiently while someone railroaded his client.

The senator’s smug grin didn’t waver, his gaze fixed on Will. “I said that Mr. Connelly might want to rethink his position as the national spokesman against deadbeat dads. He’s been named the father in a rather . . . extraordinary paternity request.”

“Now just wait one minute, Senator,” said Hank Osbourne, the general manager for the Baltimore Blaze and Will’s other companion. Hank was often referred to as the Wizard of Oz around the league because of his ability to quickly turn a team into a contender; his demeanor was normally as cool as Will’s. But his tone implied his temper was on a short leash today. “You march us up to Capitol Hill, supposedly to ask questions about an alleged bounty scheme your committee is wasting taxpayer dollars investigating, and then you accuse my player with some cockamamie paternity suit? What kind of game are you playing here?”

The senator lunged forward in his seat. “Correction, Mr. Osbourne. I didn’t invite you or Mr. Mathis here for this meeting. This business involves a personal matter between him”—he shot a finger at Will—“and me.”

“Your summons was rather vague,” Roscoe said. “We assumed it involved this witch hunt into Coach Zevalos’s career.”

Will’s body tensed at the mention of Paul Zevalos, his former coach at Yale. After college, the coach took a defensive coordinator position in the NFL, bringing Will along as an undrafted rookie. Without Zevalos championing him, Will might never have seen a professional gridiron, much less become one of the league’s most elite players. And now the world expected him to turn on his former coach.

Senator Stephen Marchione sank back into his padded leather chair. Somewhere near forty years old, the well-respected politician likely didn’t have a daughter old enough to interest Will. And married women were off-limits in his book. Will relaxed slightly, confident that a mistake had been made. Extremely careful in his personal life and monogamous with the women he dated, he took precautions to prevent children. He had to. No child should be subjected to the childhood he’d endured.

A ripple of unease crawled up his spine, however, as he remembered a sensual encounter the night of his best friend’s wedding. But that had been nearly a year ago. If the woman had conceived a child, she’d have made her claim long before today. Besides, the woman was Italian or French, the designer of the bride’s wedding gown. It was unlikely she and the senator would cross paths. Reassured, he pretended aloofness by adjusting the cuff of his suit jacket as he waited for Marchione to continue.

The senator pinched the bridge of his nose and sighed. “You’re right. Congress shouldn’t be wasting time and money investigating professional sports. That’s for the leagues to police. But I’m in the minority, and this is politics. Connelly, you don’t want to testify against your old coach and I can impede the committee from forcing you to do so. For the time being. In return, I need you to do something for me.” He eyed the men seated beside Will. “Something I think both of us would like to keep private.”

For the first time since entering the ornate conference room, Will spoke. “They stay.” He wasn’t sure what the senator was up to, but he wanted his agent and his boss as witnesses in case something went awry.

“Suit yourself.” Marchione pulled a file folder out from the portfolio in front of him.

“Hold on.” Roscoe pointed to a white-haired gentleman in a dark suit seated behind the senator. He was the only person to accompany Marchione to the meeting. “We’d like some assurances from your staff that whatever this is about, it’ll remain private.”

“That’s Mr. Clem,” the senator said. “He represents the child.”

The room was silent for a moment while the men processed that statement. Will’s temple throbbed harder as he realized another kid had been born a bastard. Just like him.

The senator’s face was chagrined as he slid a photo across the table. Will’s breath hitched as he caught sight of the alluring woman in the picture. Laughing, bright amber eyes dancing, she stood among several brides who towered over her curvy, petite frame.

Apparently, the senator did know the bridal gown designer.

Will silently contemplated the photo as his pulse ratcheted up several notches.

“I take it you recognize my little sister.” The senator’s voice sounded almost apologetic. “She designs under her mother’s maiden name, J. Valencia. But her real name is Julianne Marchione.”

He could feel the eyes of all the men in the room on him. Will was embarrassed to admit he and his mystery lover hadn’t exchanged names. Hell, they’d barely spoken at all. His palms began to sweat as he pondered the ramifications of his one and only one-night stand. In the world of professional sports, men and women hooked up all the time, no strings attached. But not Will. He’d borne the shame of being the consequence of a one-night stand all his life. “Your sister didn’t offer her name, Senator,” he bit out. “In fact, she gave the impression she spoke little English.”

Marchione winced as he leaned back against his chair. “Julianne is multilingual. But since she’s as American as I am, she’s perfectly fluent in English.” He sighed. “She has a bit of a flair for the dramatic sometimes.”

Will pushed back from the table and stalked to the picture window behind him, turning his back to the men in the room as he wrestled with his composure. The spring sunshine illuminated the Capitol against a bright blue sky, but he didn’t notice the postcard picture in front of him. His brain was scrambling to make sense of the meeting.

“Does that flair for the dramatic include seducing a multimillion-dollar athlete to be her baby daddy?” Roscoe earned his enormous salary with that one question.

“My sister is a lot of things, but she is not promiscuous!”

Roscoe gave a snort. “Forgive me, Senator, but in this business, women aren’t always what they seem. Not even little sisters.”

He didn’t have to wonder anymore.

The wedding reception had been over for several hours. A summer storm pummeled the coastline of Sea Island, casting the resort into an eerie darkness despite the fact it was still early evening. Will remembered an overwhelming feeling of restlessness. Being back among his childhood friends always made him that way. Despite their friendship and the acceptance of their families, Will always felt like an outsider. His best friend, Chase, had married his longtime sweetheart that morning. Will’s other friend, Gavin, was off somewhere with his fiancée. And, once again, Will was alone. 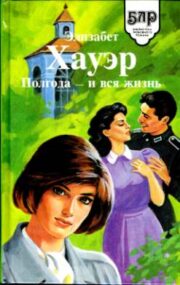 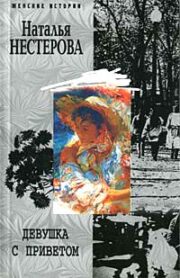 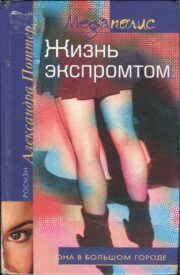 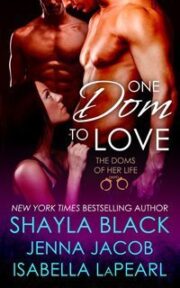