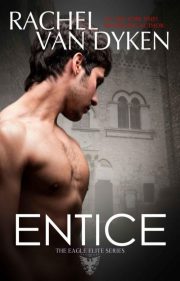 “As burns this saint, so burns my soul. I enter alive, and I will have to get out dead.”
Chase Winter let the love of his life slip through his fingers and into the hands of his best friend and mafia boss of the Abandanato family. Now that he’s been given a second chance to right a wrong—he refuses to let his own selfishness stand in the way. The only problem? He’s not fully in possession of his heart, so when Mil De Lange, the girl who’s innocence he stole, and heir to the worst of the worst mafia families in the US, asks him for a favor. He actually says yes, not realizing that that one yes has the power to destroy them all.
Mil’s been in love with Chase as long as she can remember, but as the years went by, the love turned to hate, and now that he’s agreed to help her, she’s wondering if she made a fatal error. Because Chase isn’t a teenager anymore. He’s a hot blooded male, bent on owning every part of her body and soul, and willing to kill anyone in his path who dares stand in the way.
It’s time for secrets to finally be revealed…but make no mistake, it’s going to take a lot of bloodshed for those truths to be discovered.
You’ve never read a New Adult Mafia story like this before…loyalties will be tested, lovers reunited, and friendships obliterated. Welcome to the Family. Blood in—No out.

I’d always wondered what it would be like — to sacrifice yourself so another person could live. It wasn’t like I was morbid or anything, but in my line of work it was just a daily reality. You don’t work for the mafia and not think about it. Death was at your door constantly. Shit, it practically camped there.

I’d just thought it would come knocking a little bit later in life, you know? Every muscle in my body tensed as the second gunshot rang out.

Funny how at the end of your life you think about the beginning. Even crazier? It was her smile that had first attracted me to her. The way her entire face lit up, the way her eyes said she’d eat me alive if I didn’t watch it. Damn, but so many things changed over the course of a few weeks.

I don’t even know how it happened, how she’d maneuvered her way into my soul, how she’d made it so that I was overcome with madness for her — a type of obsession that I never wanted to be done with. She had destroyed me, and in my destruction, I’d found my salvation.

I touched my chest and examined my fingers. My blood was wet and sticky. Slowly, I fell to my knees, I heard shouting around me. A foreign grunt came from my lips as my body slumped against the ground. Nixon came running, then Trace, and finally her, my tough as shit, Mil.

And now… a widow.

“I’m s-sorry.” My breaths were coming in sharp, as if there was too much pressure on my lungs to breathe. Every gasp hurt like the fires of hell. I was being choked by the pressure in my chest, pushing and tearing, just waiting to pull me into the fiery pit.

“Don’t talk. You’re going to be fine, Chase, you have to be fine!” Mil pressed her hand hard over mine. Tears splashed onto my chest — her tears. “Damn it, Chase! Fight!”

“It’s not cold…” I sighed happily as the pain started to dissipate, leaving me in a state of shock. “It’s so warm.” And it was. Death was warm, not cold as I’d always thought.

Mil slapped me hard across the cheek. “And it’s gonna get hotter than hell if you don’t listen to me. You have to fight, Chase Winter. I refuse to live without you.”

“Okay.” I smiled. I would have probably rolled my eyes too, but moving anything more seemed too much of an effort. She would be fine. She was a fighter, after all. “Love you…” And then I succumbed to the blackness of my warm death. At least I knew, in those last few seconds, that for once in my life, I would have done nothing different.

Because every damn road had eventually led me to her, my wife. Going back? Hell no. Not a chance. Because life is about one thing. Love. And Mil? She was mine.

Entice: To attract or tempt by offering pleasure or advantage. Origin: Middle English, possibly from set on fire.

I looked in the mirror one last time. What the hell was I doing? What deranged lunatic had taken control of my body and said yes to that woman’s proposition? The worst part was I couldn’t even blame my yes on alcohol.

It wasn’t as if Mil, the newest mafia boss for the De Lange family had drugged me. Hell, I wish. Instead, she’d simply asked me a question, albeit a stupid question.

But I’d actually answered her in the affirmative. Stupid mistake number one, followed by number two, which was obviously me keeping my word.

Which meant only one thing.

My broken heart had caused me to lose my mind.

“You ready?” Nixon knocked on the door and let himself in. He was dressed in a nice black Armani suit, looking every inch the mafia boss of the Abandonato family, while I just looked petrified and pissed. My reflection in the mirror was pale. Green eyes stared back at me accusingly, as if to say, you’re the one who got us into this mess. Yeah, thanks. Got it. Fully aware of my many sins. Just add to the naughty list.

You’d think after all the hell Nixon and I had gone through these last few weeks, he would be the last person I wanted at my wedding. But he was family — my best friend. Even though he was with Trace, the love of my life. Shit, that was some messed-up love triangle. He’d gone so far as to fake his own death all in the name of saving our family and now… now, it seemed, was time for my sacrifice, my death. Pretty sure Mil would castrate me if she knew I was comparing marrying her to getting shot at.

“Shit, no.” I pulled a flask out of my pocket and took a shaky swig. “What the hell was I thinking? What’s wrong with me?” The one time I should have said no in my life and I’d said yes. I’d even shrugged and then laughed like it wasn’t a big freaking deal!

Nixon shrugged, the ass, and then took a swig from my flask. “How am I to know the mind of my best friend, hmm? I thought you were joking.”

“Does this look like a joke?” I jerked at my tie and let out a long string of curses that should have gotten me kicked out of the church.

“You can always back out,” Nixon suggested, leaning against the door. The only thing he needed was a giant cigar sticking out of his cocky mouth and the look would be complete. His lip ring looked completely out of place with the black and white tux. Tattoos peeked out from under his collared shirt in a way that said F-off to anyone who stole a glance in his direction.

“And get stabbed in my sleep? Or worse yet? Feel like shit because I’m the only thing keeping Mil from marching down to a money lender — or even another family — and asking a favor.”

Nixon sighed. “You don’t have to sacrifice your own happiness just to keep the peace.”

The air was thick with tension as we both fell silent. Because we both knew the ugly truth. The one time I had decided not to sacrifice my own happiness, I had made a gargantuan error, a lapse in judgment. I had allowed Trace, the love of my life, to slip through my fingers and land firmly within Nixon’s grasp. Shit, I was still holding onto the idea that it had all been within my control. My fault. It was my fault.

“Nah, man.” I shook my head. “I think I’ll finally choose someone else over me. Besides, she only needs protection and money for a year. I can do anything for a year.” Inebriated, that is.

At that exact moment Mil came storming into the room, color high. She wore a short white cocktail dress and threw her bouquet at my face. “You’re late, jackass.”

I caught the bouquet with a grimace and gently set it on the table next to me, while Mil’s eyes sent a seething glare from me to Nixon and back to me. I itched to run in the opposite direction, those eyes, Mil’s eyes, they saw too much, she knew too much.

I was doing the right thing? Wasn’t I?

Not how I pictured my life going.

It was always Trace I’d seen at the end of the aisle — not a sworn enemy — and not the first girl I’d slept with in my entire life. Not my dead best friend’s stepsister.

Not the future I had planned.

I had to hand it to her though, she looked really pretty, the type of pretty that guys like to stare at but are afraid to touch. She was scary pretty, terrifyingly so.

Her pitch-black hair was curled in loose waves around her face, her naturally tan skin brought out her bright blue eyes, and her sharp cheekbones were decorated with something pink and shimmery.

So maybe looking at her wouldn’t be that awful.

But talking to her was a completely different issue. I’d probably end up chopping off my own ears by the time the marriage was annulled. Either that or begging Nixon to shoot me, not that it would be the first time I’d stared down the barrel of a gun with him smiling on the other end.

“Well?” I slowly held out my arm. “I hate to keep my future bride waiting.”

Mil rolled her eyes and took my arm.

“Did you just hiss?”

“Depends.” Her bright blue eyes met mine. “Did you just call me your future bride?”

“Um, yeah?” What else was I supposed to call her? Satan?

“Then I hissed,” she said, nodding. “It’s a business arrangement, Sleeping Beauty.”

“Am I ever going to live that down?”

“Getting drunk and passing out on your own bed just because a girl rejected you? Probably not. Think of me as the yin to your yang, the ointment to your cut, the—”

“I think I get the picture.” I held up my hand. “Let’s just get this over with.”

Mil gripped my arm. “Ready for the honeymoon, eh?” She slowly licked her lips and winked.

I tried to keep the shaking at a minimum. After all, I was a mafia boss now, and a female one at that. The suits, as I liked to call them, could smell fear from a mile away, and I had a few hundred of them witnessing my death march toward matrimony.

It was the only way.

Chase knew it, I knew it. I would be the first woman to take hold of the De Lange family. One of the only two female bosses, and I was only twenty. Funny, I’d never thought life would end up this way.

My brother, my last remaining family, was dead. All that was left were a few aunts and uncles, who were either in prison or in hiding, and some cousins I hadn’t spoken to in years. It was me. I was left to pick up the pieces of our heritage and I had exactly no money to do it. Which left me with one option.