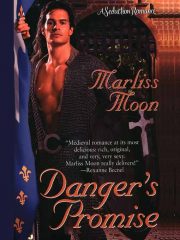 This is a work of fiction. Names, characters, places, and incidents are either the product of the author’s imagination or are used fictitiously, and any resemblance to actual persons, living or dead, business establishments, events or locales is entirely coincidental.
A Jove Book / published by arrangement with the author

This is a work of fiction. Names, characters, places, and incidents are either the product of the author’s imagination or are used fictitiously, and any resemblance to actual persons, living or dead, business establishments, events or locales is entirely coincidental.

A Jove Book / published by arrangement with the author

This book may not be reproduced in whole or part, by mimeograph or any other means, without permission. Making or distributing electronic copies of this book constitutes copyright infringement and could subject the infringer to criminal and civil liability.

The Berkley Publishing Group, a division of Penguin Putnam Inc.,

Jove and the “J” design are trademarks belonging to Penguin Putnam Inc.


With special thanks to my best friend and proofreader, Sydney Baily-Gould. You stood by me through many long years and many poor manuscripts. You deserve all the credit for this one!

For Alan, my soul mate. Thank you for believing.

For all my children and stepchildren: Conrad and Chauncey; Corey, Bryan and Tricia. May your lives be filled with magic and grace.

In battle, he fought like a man possessed. To the enemy, he gave no quarter. His nom de guerre sent shivers of horror down the spines of common folk. Yet, reflected in the gray depths of his newborn’s eyes, the Slayer looked like an ordinary man. A profoundly humbled man.

His baby had inherited his swarthy coloring and his stubborn nature, given that he was still alive. He was little more than a bundle of slippery limbs, but his chest swelled on a healthy breath, and his fists resembled iron mallets. With a wail that bounded off the ceiling and magnified, Simon heralded his own birth. Beyond the shutters, thunder boomed and lightning crackled.

The Slayer nearly smiled. Simon de la Croix would be the next Baron of Helmesly, not a bastard warrior like his father. Not a man forced to fight for all he had.

The portal burst open, startling the baby into silence. A draft beat up the torchlight and illumined the flapping sleeves of the midwife as she rushed into the chamber.

“Give me the babe!” screeched the wizened woman. She reached for him with her shriveled hands. “I must baptize it at once!”

Christian lifted his son above the woman’s reach. A pox on the midwife! Did she think Simon marked for the devil? “I told you to leave,” he said in his quietest voice.

The old woman stilled, her eyes moving beyond him to the lifeless form of the Slayer’s wife. “Mother of God, what have ye done?” she whispered.

Christian felt his horror bubble up, and he quickly squashed it down. “What have I done?” he snarled. “I’ve done naught but save my son from perishing with his mother. ’Twas you who let her die. Get you out before I think to imprison you for murder!”

The midwife blanched and scurried backward. Hastily she gathered her belongings: bottles of draughts and tisanes, knives and needles. They clanged together in the earthenware bowl as she scuttled from the room. With a furtive look, she darted away.

The door closed behind her. In the silence that followed, Christian heard the thudding of his own heart. His disbelieving gaze drifted about the room, touching on the mutilated body of his wife, the rosary beads lying useless in her palm, the half-embroidered altar cloth upon the chair. At last he looked down at the baby in his arms. Simon returned his gaze intently.

“Your mother is dead,” Christian whispered. And I feel ’tis my fault.

Until the midwife came, her labor had been unremarkable. Genrose had suffered the pangs of childbirth with the same saintly silence that she’d suffered her husband. Then, oh, so subtly, she had faded with the dying light of day.

There is naught more I can do, the midwife had declared. These things are in God’s hands.

The words perturbed him even now. Christian had cast the woman from the room and dared to alter fate’s design. He had cut Simon free of his fleshy prison, and even cut the cord that tied the baby to his ill-fated mother. And the baby had lived!

Lowering his son into the box of waiting linens, he wrapped him carefully against the cold. Simon held still, uncritical of his father’s ministrations. His somber gaze demanded something of him—a mother most likely.

With a deep breath Christian called upon the ruthlessness that had given him his nom de guerre, the Slayer of Helmesly. Then he turned to the task of rolling his lady’s corpse in cloth. It took all the sheets on the bed, plus those folded on the chest, to staunch the blood still spilling from her body. His movements were deft with practice. Yet in all his experience of war, he had never felt so sickened by his actions, so keenly plagued by guilt.

Had he loved the lady who had died to give him a son?

In the act of covering Genrose’s face, he hesitated. Her quiet features were hardly even known to him. She had been as pure as a novice when he’d wed her a year ago. Then, as now, he’d been unworthy of her sacrifice. His only comfort was the certainty that she was happier with God than she had been with him.

The baby gave a whimper in his cradle. Christian hurried to the box, worried that his son might yet be snatched away from him.

Who would nurture Simon? Who would feed him? The questions hit him like the broadside of a sword. Wiping the blood from his hands, he scooped the baby up and paced the length of the chamber.

Simon ceased to fret, his bright eyes watchful. The rain began to pelt the shutters. A knock sounded at the door.

Sir Roger edged into the torchlight. The droplets on his cloak gleamed like diamonds as he ran an eye over the nightmarish scene. “My lord, you are covered in blood!” the middle-aged knight exclaimed, shutting the portal behind him.

Sir Roger’s tilted smile was not in evidence tonight. The scars that forked like veins upon his face paled as he approached. He stopped before his lord, and his gaze fell to the swaddled infant. “A boy, my lord?” he queried gently.

“His name is Simon. He will inherit his grandfather’s title,” Christian answered, though Roger already knew his motives for marrying the baron’s daughter.

Gray eyes flicked once to the bed, then back to the baby. “I know not what to say,” confessed the knight.

“Say nothing.” Christian felt as if he wore a mask upon his face. Spots burst and swam before his eyes. “Tell me how the defense goes at Glenmyre.”

“Say it.” The struggle over Glenmyre was escalating into war. Between domestic matters and military preoccupations, Christian had little time for rest. “What has Ferguson done now?”

“He rode upon Glenmyre at dusk, when the peasants were returning from the fields. He slew them all.”

Christian swore viciously at the Scot’s perfidy. “How many dead?” he demanded.

A familiar queasiness turned Christian’s stomach. The Scotsman’s atrocities reminded him of his own past. Feeling his knees go weak, he thrust the baby at his vassal. “Find a nurse for my son,” he commanded. “I will ride to Glenmyre to bolster our defense.”

He took several steps toward the door, then turned to regard the dismal chamber. “See that my lady is buried alongside her parents,” he instructed.

Sir Roger looked older with an infant clutched to his hauberk. “As you will, sire,” he assured his lord.

Christian grasped the latch. “Ethelred must bury her. Do not let news of her death reach Abbot Gilbert.”

Again, Sir Roger nodded, and the Slayer took his leave. The lord’s chamber opened to a gallery, which overlooked the hall. Below, the servants gathered, awaiting news of the birth. As Christian clutched the balustrade for balance, the light of the fire pit deepened the bloodstains on his tunic.

The servants looked up at him in one accord. Shock flared in their eyes. At their collective gasp, he fell back into the shadows. Too late, he realized they were thinking of the abbot’s prophesy, cried out within the chapel just nine months ago.

Mark me well, people of Helmesly. This virgin bride will be slain by her husband!

Nay, not he! Christian longed to defend his innocence, but his protests would fall on deaf ears. The servants wouldn’t take his word over that of a cleric. He would never win their loyalty now.

He turned to the courtyard, seeking rain to wash the blood from his clothes. But before he reached the solitude of the tower stairs, a servant’s whisper rose with the smoke from the fire pit.

“Mother of God, he has killed Her Ladyship! Did ye see the blood?”

With blisters burning her feet, Clarise DuBoise tackled the hill to the Abbey of Rievaulx. The abbey commanded a view at the height of a crag, rising from the stalks of purple heather to lord over the valley below. Its walls seemed to waver in the hot July haze. She would not admit it was her vision blurring.