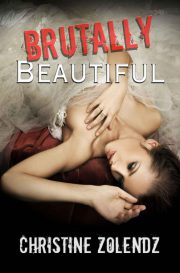 A deadly game of hide and seek.
With blood still on her hands, Samantha Matthews is on the run, running from dark secrets and a man she prays to God will never find her. Running and hiding, just to stay alive. She had no choice but to run, to leave, to hide and forget about her life before. When Samantha believes she’s gained enough distance from her past and her demons, she stops running, hoping to find her future in the heavily wooded area of the Adirondack Mountains, a place she never expected to encounter a man with secrets as dark and as sordid as hers.
Kade Grayson is hiding, not from the demons after him, but from himself and from the entire outside world, wishing every day he could have just died. Arrogant and domineering, he’s tormented and terrorized by his past, seeing nothing good for his future. With the ghosts of his past still haunting him, he has exiled himself to a life of solitude, only living for his words and through his stories.
Until her.
An undeniable attraction, turns into hate and then ultimately obsession, an obsession that grows into a powerful story of love and redemption.
Will the bond they have begun to build between them grow stronger than the tragedies that have scarred both of their lives? Or will they allow their demons to consume them?

Dedicated to the ones that are bruised and broken

Our voices are loud

The words I’ve strung together on these few pages are a world to many readers.  These words carry so many different messages to every one of us.  In fact, the world I saw in my head will be greatly different from the one you read in yours.  That’s the magic of the imagination.  The story you read will be judged by your experiences, drenched with your history, your past, and your own pains. I began writing this story because the character of Samantha (which I strangely named after my dog, don’t fucking ask) popped into my head as an image of a woman covered in blood sitting behind a steering wheel. It played in violent loops in my brain.  Then Kade entered with his violent flashbacks and visions. I fell hard for both of them.  They both have a brutality to their lives that not many people, thank God, have been touched with.  Not every story is pretty, not every story is perfect, but this is their story; one that the characters dictated and I just sat back and typed.  Their story is quite brutally beautiful.  The situations that these two people are in are quite real.  These are stories that are on the news. I hear them in my subconscious and I research them until I understand the psyche and reasons behind the actions and emotions.  I have spent numerous hours, obsessing and reading victims’ accounts, memoirs, police reports; you name it, I researched it.  In real life, you can’t control the story. You can’t make your wishes appear and give everybody a happily-ever-after.  Yet, as I was in Kade’s mind, experiencing the chaos and pain, I couldn’t think of anything I could give him other than hope and love.

So here is to victims and underdogs, may you find peace and calmness in your life.  We are strong. Just because we’ve been under the hand of violence, it does not make us weak. It makes us see life clearer than others, and it makes us breathe harder.

All human actions have one or more of these seven causes: chance, nature, compulsion, habit, reason, passion, and desire.

There was blood all over my hands and I knew I was losing control, because I was more desperate to find a drink, than a napkin to clean off the mess.  A few really strong drinks to block out everything that happened.  I needed something strong to jumpstart my terrified ass into breathing normally again.  My fingers slid across my blood soaked steering wheel, while my body ached and pounded.  Shaking with harsh violent tremors, I tried to catch my breath and focus on driving as fast as I could.

Icy chills from the cold night wracked through my shoulders, even though I had the heater turned up high and the windows closed.  Maybe the bitter coldness was coming from somewhere deep inside me.  The thought sent a quake of chills surging across my throbbing collarbone.

“Can you still drive?  Lemme drive.  Samantha, pull over and let me take the wheel!”  Jennifer yelled in the passenger seat beside me.  I turned my head to look at her.  Oh hell.  Oh, no…she had blood all over her too.

Her long, pale blonde hair was pulled back in a messy bun and a few wild loose strands stuck to the sweat soaked skin of her neck.  Twisting in her seatbelt, she gripped one hand on the dashboard, leaving a smudge of dark fingerprints just beneath.  Big, brown, unblinking eyes pleaded with me to stop the car and let her take over driving.

No way, no one drives as fast as I do.

And we had to get away.

Gunning the engine, I accelerated, trying to find the next rest stop, exit, or somewhere I could wash the drying blood from my skin.  Jen was absolutely right. We needed to stop somewhere and assess our damage.  “How bad do we look, Jen?”  My eyes peeked a glance at her again, as I tried to focus on the dark empty road laid out in front of us.

“Well…you look like first degree murder, and me, I look like an assault with a deadly weapon.  What the hell do you think we LOOK LIKE?” She rubbed her fingers over her face and smeared a streak of blood across her tanned cheeks.  Oh my…Oh my God, there’s a lot of blood.  What the hell did I do?  “Just pull over, Sam.  You’re going to freaking bleed out while driving.  You’re leaking like a sieve.”

I gave her a little snort, “Don’t worry, okay?  They’re just flesh wounds; nothing is internally bleeding.  I’m just…I think we’re in shock…that’s all.  And I don’t think most of the blood is mine.” I ran my hand through my auburn strands of hair and my fingers came away bloodier.  Suddenly, I developed an acute case of Tourette’s syndrome, “Fuck!  That fucking-shit-son-of-an-ass-monkey-dick-weasel!”  I didn’t remember getting hit in the head.  “I should have ripped his dick off!”

With almost seven straight hours of non-stop-adrenaline-fueled driving behind me, I pulled into the parking area of the first and only thing open on the long, empty stretch of road I found myself on.

Of course, it was a bar. God must have forgiven me already for my sins, since he was so kindly answering my prayers for a stiff drink.  Although an all-night drug dealer with a special sale on Vicodin would have been more useful.  But I wasn’t going to complain.  Alcohol was good enough.

“Oh, really?  Samantha, this is a strip bar,” she said, pointing her grimy finger towards my windshield.  “That is a goddamn stripper club in the middle of a dark empty country road in the middle of North-Bumble-Fuck-Nowhere-New York; how much more horror movie cliché can we get? I’m not stepping foot in that shithole.”  My expression didn’t change.  “Come on, Sam.  Let’s not dive right into an episode of some B-rated slasher show, please?”

Shoving my gearshift into park, I clicked the interior light on.  Seven hours away.  Seven hours away is good enough for now. Besides, I had to pee.  Sharp pains spiked all over my beaten body, as I climbed into the small back seat, streaking blood across the white leather interior of my last birthday present to myself, my gunmetal gray Porsche Panamera. “Ughh…aghh…I almost killed myself doing that.  Can you get my first aid kit out of the trunk for me?”

“Crap, Sam, you’re serious?  You’re going to walk into that bar looking like that?  Someone is going to ask questions.”  With the new brightness of the dome light above us, I could see just how bad the bruises were that blossomed over her cheekbone.  Just below her left eye, a deep purple and red discoloring from the ruptured capillaries beneath her skin fanned out, and the corner of her lip was a fat bloodied mess.

Thudding my head against the cool leather, I squeezed my swollen eyes tightly and tried hard to fight the tears that stung at their lids.  I am stronger than this.  I am stronger than HIM.  I didn’t want to waste tears on the pain, or the reasons for it. I should just be happy still to be alive. That both of us were still alive. “Jen, I need either a depressant or a potent analgesic so I can focus better. The pain is starting to scream at me.  And, I need to clean out my wounds.  Too many hours have passed, but it was more important to put miles between us and that hell.”

The car door clicked and before I opened my eyes, the nearly muted thump of the trunk opening and slamming shut filled my ears. Then her soft whispers, “I got the bag with the clean clothes out, too.  But, I swear, if any of those horny-ass bastards from that bar come stumbling on us changing in the car, we’re going to have more blood on our hands, Sam.”

Unclasping my first aid kit, I tore through the bag looking for anything that I could use.

Tearing off the cap of a bottle of peroxide, I poured it straight over my hands, letting it spill all over my lap.  “DAMN, that HURTS!” I screamed out when the cold liquid flowed into my cuts, making my body explode with white-hot pain.  I bit my teeth into the soft leather of the front seat headrest to silence my cries.

Jen pulled out a few butterfly bandages, and when the stinging of the peroxide settled to a dull ache, I began methodically cleaning and sealing my lacerations, biting down on my lip hard when the pain was too much.  It was a freaking miracle that there were no deep puncture wounds, but still, this was enough.  It was all enough…I’d had enough.  I could feel how bruised and swollen both my eyes sockets were, and my lip felt as if it was split in half. Thank God, it wasn’t. When the reality of the situation hit me, I looked up at her, “We need new names, don’t we?  And we need to get rid of my car.”

We gave each other a measured stare.  Without a doubt, we both knew there was no fixing this situation. We did what we had to do, and now we had to move on.  There was no going back, and truthfully, I was so relieved.  I inhaled deeply, and then slowly puffed out my breath. Even though it hurt like mad, I smiled.  I was free.

Her lips curled into a smile to match mine. “I want to be Bree Masterson and I want to be at least five years younger than I really am.  Think I can still pass for 28?”

My laughter made me grimace and moan in pain. “Sure, just clean off all the blood, that’ll take at least two to three years off you.”  After scrubbing my face with a few scrunched up alcohol swabs I found, I slowly pulled on clean clothes.  “I like the name Lainey.  Lainey Nevaeh.  I don’t care about my age though. I’ll stay 32.”  It was the only name that kept repeating itself in my head as I cleaned myself. It meant something to me, although I didn’t think anybody else would have understood.