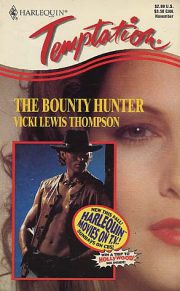 She had no reason to expect the extravagant bouquet awaiting her Friday night when she arrived at Rowdy Ranch, Tucsoxis premiere country-western night spot. She ran one of five mall-type shops located in a corner of the complex, whose main attraction was a large dance floor. The scent of roses engulfed her as she entered the shop, an exclusive hairstyling salon for men.

Her assistant, Amber Dalton, dressed to match Dallas in fringed shorts, boots, snug western shirt and hat, tucked a stack of towels into a dark-paneled cabinet. “You must have given some guy one heck of a haircut .”

Dallas pulled the small envelope from its plastic holder. “I can’t imagine what these are for.”

“And here you were telling me there’s nobody special right now.”

“There isxi t. I really don’t…” Dallas stared at the enclosed card. Thanks for believing in me. Neal Parnell

“So?” Amber leaned over her shoulder. “Who’s the secret admirer?” She paused and read the card. “My God, Dallas. Neal Parnell. Did you speak to him personally or something after the trial?”

“No, of course not.” Dallas tried to fit the strange gesture into a logical framework. “But considering I was foreperson of the jury, he might think I was somehow responsible for finding him not guilty.”

“Maybe. But how would he know where you worked?”

Dallas thought back over the trial. “He was sitting right there when the jury was chosen, and we had to give our names and occupations.” She met Amber’s concerned gaze. “I suppose he could have called around this afternoon, looking for me.”

Amber shivered. “That gives me the creeps. After all he was on trial for rape. “

“And he was acquitted.” Dallas looked Amber straight in the eye. “He had a fair trial. He was found innocent. Now he should be treated like everyone else: ‘

“Yeah, but it he called salons until he found out where you worked-that’s sort of weird, don’t you think?”

“Not if he had some secretary at the dealership do it for him.”

Amber glanced at the flowers and slowly nodded. “you’re right. And after all the money his father spent on that shark of a lawyer, what’s a few more bucks for roses? Parnell Motors probably treated this like the conclusion of a big business deal or something, with gifts of gratitude passed out all around: ‘

“That’s discrimination.” Dallas was irritated by

Amber’s “shark lawyers” assessment. Her assistant was subtly implying Dallas and the jury had been duped, when, in fact, the prosecution had had no case. She turned to hang up her fringed jacket. “The press coverage was discriminatory, too. you’re prejudiced because he s rich.” “you’re darned right I am. From all reports, he’s a party animal who’s probably never worked a full day in all his twenty-six years. That’s enough information for me to write him off.”

Dallas held on to her temper and turned slowly back to Amber. “But it doesn’t make him a criminal.”

Amber shook her head and grinned. “That’s just like you, Dallas. Youre so damned unbiased that you should make a career of jury service: ‘

“No, thanks.” Dallas knew Amber didn’t really intend to needle her. She just enjoyed speaking her mind, a quality Dallas appreciated most of the time. “I missed going through my usual routine these past few days ” she added, meaning it. She wanted to put the trial behind her.

“No, I’m not: Dallas ripped the card and envelope into four neat parts and tossed them into the trash.

“Sending me flowers for doing my civic duty is inappropriate he’s probably so excited about being acquitted he’s not thinking, but it just looks bad. Like a payoff or something.

“Then let me have them. I can drive Vince crazy wondering who sent them to me: ‘

“Fine, as long as you take them out to your car right now.” Dallas picked up the heavy vase and started to hand it to her. “don’t tell me they’re not your color,” said a male voice from the doorway of the shop.

Dallas glanced around and looked straight into the blue eyes of Neal Parnell.

GABE ESCALANTE PUSHED open the heavy oak doors of Rowdy Ranch and was greeted by a Dolly Parton song on the sound system. The bouncer waved him through. Nobody had ever checked Gabe’s ID, not even when he was underage.

Once inside he shoved back his hat and surveyed the complex. He immediately spotted Parnell talking to a tall blonde in fringed lqlack shorts, red boots and blouse and a red Stetson. Gabes eyes narrowed. The sexy outfit changed her some, but he could swear she was the one his sister had pointed out as the foreman-no, they called them fore persons now-of the jury. And she held a vase stuffed with roses.

Parnell was all duded up in western gear-a loud cowboy shirt, tight black jeans, a black hat. Gabe wondered if this was a hangout for the guy. How convenient that the foreperson of the jury just happened to be a woman, and happened to work here.

Gabe ambled toward them in the nonchalant way he’d perfected over the years. He wanted to find out where the flowers had come from, but there was no need to get anybody Excited. Yet.

He hadn’t been inside Rowdy Ranch in years. Back when he was a kid the building had been a discount warehouse. The place was huge, with enough room for a large racetrack style dance floor, three bars, at least fifteen pool tables and a slew of pinball machines and video games. The new management had replaced the live band with a deejay booth that loosely resembled a stagecoach and had set up an inexpensive all-you-ca neat buffet. Gelled lights and two revolving mirrored balls flung rainbows over the dance floor, and neon glowed from every wall.

The place wasn’t crowded yet, but in a few hours Gabe knew it would be packed. “Rowdy Ranch-where spurs jingle and folks mingle; warbled the radio ads. The country-western dance craze had transformed Rowdy Ranch from a struggling cowboy hangout into the most popular nightclub in town.

The mall-style concessions in the far corner were something new, too. The leather shop selling boots and hats made sense to him, and the old-fashioned photography studio where people dr2ssed up like gamblers and dance-hall women seemed logical. Western shirts, jewelry and tourist-trap pottery always made money. But the Cutting Pen, where Pamell was, puzzled Gabe. Even though the atmosphere was masculine, with lariat5 , spurs and ten-gallon hats hanging on the walls, what kind of guy would get his hair shampooed and cut in front of a dance hall full of people?

Three pool tables, all unoccupied, squatted in front of the row of shops. Gabe headed for the one closest to the Cutting Pen and pulled a cue stick from the rack. He took his time examining the tip and sighting down the stick while he listened to Pamell and the woman.

“I watched you during the trial; Pamell said. “I could tell you weren’t buying that crap the prosecuting attorney was dishing out : ‘

“I just tried to be fair; the woman replied. Her voice was low and well modulated, a kind of voice that pleasantly stroked Gabe’s nerve endings. In another context he might spend the evening trying to find out if the woman matched the quality of her voice-but not tonight.

“Oh, you were the fairest of them all, Dallas, Parnell said. “That’s why I sent the flowers.”

Gabe’s jaws clamped together. Sothe son of a bitch had sent them. Flowers to the foreperson of the jury, a woman he seemed to be on a first-name basis with. The cue stick trembled in Gabe’s hands. He laid it on the green felt and gripped the edge of the table to steady himself. Everything depended on his keeping his cool. He walked toward the bar, away from the cozy pair. He’d heard enough.

He’d wait until Parnell left. Then he’d get a haircut in that ridiculous place, so he could find out something about this woman named Dallas. Maybe Parnell had bought her off. Maybe he’d bribed the entire jury. If so, Gabe would find out. He would poke and probe into every action Parnell had taken and would take in the future. And somehow, someday, Gabe would nail the bastard. The jury may have decided differently today , but as sure as rattlesnakes had fangs, Neal Parnell had raped his sister.

THE FLOWERS WE RING necessary, Mr. Parnell, Dallas said, fight inga nervous flutter in her stomach. “I was only doing the job I was assigned to do: ‘

“Callme Neal. And I don’t believe a word of it. A lot of people on that jury wanted my head on a pole. It would have made a great scandal and people love scandal. But you were different. I’ll bet you talked some people into changing their minds .”

She had, but she decided not to say so. “They could see the evidence was lacking.”

“Because you pointed it out. I’d say I owe you dinner at the Tack Room. When are you free?”

Over Parnell’s shoulder Dallas could see Amber’s wide eyes and gaping mouth. The Tack Room was Tucson’s only five-star restaurant, and she and Amber joked about going there when they won the lottery.

“You don’t owe me a thing, Neal,” Dallas said gently

He looked confused. Then his expression cleared. “Oh, I get it. You think people will talk. you’re not used to that. Listen, Dallas, you have to say to hell with public opinion and enjoy yourself.” He pointed a finger at her. “I can see you work way too hard. Take a break. Have some fun for a change.”