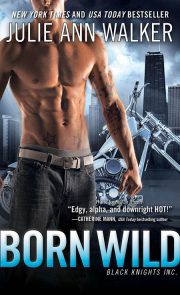 She’s got three rules:
1. Trust no one… Eve Edens has been abandoned, used, or manipulated by almost everyone she’s ever met. Born into ridiculous wealth, she’s dealt with the petty jealousies and sordid little resentments for nearly thirty years. But after three botched attempts on her life, she can no longer ignore the truth. Someone wants her dead.
2. Avoid the bad boys at all costs… William «Wild Bill» Reichert, the wonderfully sexy boy who abandoned her years ago, is back in town. Only he’s no boy. Now he’s a covert operative — and he’s all man. When Eve hires Bill to help her discover who is behind the attacks, Bill soon comes to suspect it’s someone much closer to Eve than she dares to believe.
3. And never fall for the same ruse twice… The search for the killer takes Bill and Eve deep into the dark secrets and strange world of the rich and famous, and into the heart of red-hot passion re-ignited by the peril that threatens to consume them both. But does Eve dare risk her heart on Bill a second time?

To my sister, Shelly. You were my lullaby singer, my mac and cheese maker, and my second mama. You’ve never been afraid to be exactly who you are, and you’ve always accepted me just as I am. Thank you for all the support over the years. A-weema-weh, a-weema-weh…

Courage is fear holding on a minute longer.

Someone was trying to kill her.

As Eve Edens squeezed the brakes on her classic 1966 Vespa motor scooter and felt absolutely zero response, it occurred to her that all the misfortune she’d suffered lately could no longer be chalked up to coincidence. The mugging, the fire, and now this? Even she wasn’t this unlucky.

So, it was official; someone wanted her dead…

Of course, she’d have to worry about who that could be later. Right now, she had to find a way to stop the scooter from plowing into the stalled traffic fifty feet in front of her.

Her breath punched from her lungs, and her brain buzzed with terror as she thumbed the button for the horn. But the pathetic meep, meep, meep didn’t do a thing to catch the attention of the motorists parked on the roadway ahead. And even if it did, it’s not as if they could get out of the way or anything. Traffic was at a standstill in all lanes. There was no place to go except…

Oh, geez. She was going to have to try for the lake.

Yanking the handlebars hard to the right, she gritted her teeth as she bounced over the curb on Lake Shore Drive with head-whipping force. In a flash, she was on the grassy area separating the road from the jogging path and the greenbelt that ran the length of the city. Then, she was zooming across the trail at forty miles per hour, nearly plowing into a man wearing bright red running shorts. Missing him by no more than a hairsbreadth, she careened down the steep embankment on the opposite side. Dodging trees and gathering speed—which she so didn’t need—she braced herself for the inevitable.

And then the inevitable happened. She was airborne.

The smell of car exhaust and hot asphalt was replaced by the aroma of freshwater algae and fish as she flew past the high, man-made marina wall and over the cobalt blue of Lake Michigan. The Vespa whined beneath her, its engine revving uselessly, and she only had a split second to think, a split second to gather her scattered wits. Letting go of the handlebars, she kicked the scooter away right before she slammed into the water. Sploosh!

Oh, God! It was like hitting a brick wall. A cold brick wall. Because even in late summer, the lake’s temperature remained in the forties. For a moment, the hard jolt and shock of the frigid water paralyzed her, and she drifted down into the dark abyss. Then, her stalled synapses started firing like crazy, giving her the cranial version of a kick-in-the-pants, and she swam toward the surface with everything she had. But no matter how hard she scissored her legs or pulled with her arms, the sunlight glittering on the rippling waves above grew fainter and fainter, and the cold pressing in on her from all sides grew ragged, icy teeth that bit into the exposed skin of her arms and face.

Her backpack was filled with her research material. All however-many-umpteen pounds of it. And it was dragging her down to a watery grave.

Reaching for the clip around her waist, she managed to squeeze the locking mechanism with fingers gone numb from the frosty water. Then she shrugged out of the shoulder straps and immediately kicked toward the surface. Her lungs were burning for oxygen, her blood pounding in her head with every thundering heartbeat, and the urge to take a breath was as instinctual as it was overwhelming. But to do so would mean death. So she bit into her bottom lip and beat back that desire even as she clawed her way through the water.

So close, so close. Stars danced before her eyes; darkness closed in on the edge of her vision. No! No! I’m not gonna make it! And then…

“Uhhhhhh!” she raked in life-giving air the instant she broke the surface, coughing and sputtering as she sucked droplets of water into her lungs along with all that beautiful, delicious oxygen.

She could hear people yelling to her from the top of the marina wall, asking if she was okay, but she was too busy restoring her body’s air supply to answer. Once she hacked up the liquid from her heaving lungs, she flipped onto her back, concentrating everything she had on simply floating and slowing her frantic heartbeat. As the water closed over her ears, drowning out the sound of the concerned crowd, she let her gaze linger on the white, puffy clouds lazily drifting across the powder-blue sky.

For a few seconds, she found comfort in the quietness of the lake’s embrace, in the weightlessness that permitted her thoughts to drift with the tide. But the seconds were fleeting. Because the taste of blood from her bitten lip quickly brought her slamming back to reality. Like it or not—and she most certainly did not—she could no longer overlook the fact that someone was out to get her…

And if the police ignored this latest incident like they’d ignored the first two, if they blew it off as bad luck, or being in the wrong place at the wrong time, or flippin’ faulty wiring or something, she was going to be left with no recourse but to turn to the one man she’d sworn to avoid like a skin-diving expedition with tiger sharks. She was going to have to ask “Wild Bill” Reichert and his band of merry-covert-operative-men over at Black Knights Inc. for help.

“It appears that Chicago’s reigning socialite has had another accident.”

The shammy Bill Reichert was using to polish the chrome exhaust on Phoenix, his custom Harley chopper, dropped from his nerveless fingers to the grease-stained concrete floor.

Swallowing the unexpected lump in his throat, he quickly skirted the bike, crossing his arms over his chest in order to hold his galloping heart in check. “Is she…” He had to lick his dry lips and take a deep breath, sucking in the familiar scents of motor oil, fresh paint, and strong coffee. The smells grounded him enough to manage, “Is she o-okay?”

Bryan “Mac” McMillan, lounging on the leather sofa they’d dragged into the shop and pushed against the side of the staircase that led to the loft space on the second floor, folded one corner of the Chicago Tribune back. He lifted a brow at what Bill assumed was his bloodless face. Because despite the fact that the ol’ ticker wasn’t simply ticking but hammering like crazy, he didn’t think any of the red stuff was actually making it to his brain. He felt faint.

“Now don’t go off with your pistol half-cocked,” Mac replied in his slow, Texas drawl. “She’s fine.” The relief that poured through Bill was so overwhelming he had to lean back against Phoenix’s hand-tooled leather seat or risk taking a header straight onto the shop floor. “Says here,” Mac continued, “she plowed her motor scooter off the marina wall somewhere between Museum Campus and Buckingham Fountain on Thursday evening. She nearly drowned because she was weighed down by her backpack.” The thought had the hairs on Bill’s arms and neck standing on end. “Had to be scary as hell.”

A million half-formed questions buzzed haphazardly through his under-oxygenated cerebral cortex. He grasped the first one to take any sort of solid shape. “What the fuck was she doing riding a scooter? Those things are dangerous, especially in traffic and—” He slammed to a stop when Mac once again glanced at him over the top of the paper with that annoying eyebrow raised. “What?” he demanded.

“Those things are dangerous?” Mac snorted. “Says the man who rides a quarter ton of hand-rolled steel.”

Bill made a face, briefly glancing down at Phoenix’s large gas tank with its intricate, almost whimsical paint job: a mythical firebird rising from the flames. “Okay,” he admitted grudgingly. “Point taken. But the difference between me and her is that I can handle my bike where she, obviously, can’t. What happened anyway? How did she manage to ditch the thing in the lake? Let me guess, she was texting.”

Bill could totally see it. The woman had a social life that, more often than not, made the society pages. One of the main reasons he avoided perusing the local news…

I mean, come on, it was bad enough he had to occasionally stomach her company because she happened to be his kid sister’s best friend. But to read about some ooh-la-la party she’d attended on the arm of whichever rich-as-Croesus ass-hat happened to be Chicago’s newest and brightest? Yeah, no thanks. He’d rather stand in the middle of a daisy-chained set of IEDs with the timer on the whole mess ticking down to Boomsville.