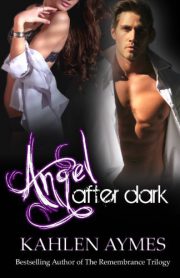 Dr. Angeline Hemming is a beautiful, sassy, no-nonsense type of girl who has risen from a difficult past to become one of Chicago’s most successful and respected criminal profilers. In exchange for free commercials to promote her favorite charitable causes, Angel answers calls and gives relationship advice on a Friday night radio program.
Alexander Avery is a gorgeous and successful corporate genius who doesn’t believe in love. When his girlfriend-of-convenience calls into Angel’s program, he is furious with the show’s host who doles out (what he considers) blind advice, without knowing all the facts… and he decides to give her a piece of his mind, and his side of the story!
When Angel informs Alex he’s the one in need of a much-deserved lesson, all hell breaks loose as these two type-A personalities battle it out for control over minds and hearts, and yes, in bed. Not only are they fighting each other at every turn, but they are also struggling to uphold the convictions they each live by.
It’s unclear who is stronger, but both must discover that to get what they desperately want, they may have to give a little… or a lot.

Special thanks to my mother, who took a chance on my “steamy” books, and to my father for his continued reminders to keep my hands and head firmly around this little venture. Your love and support mean so much to me. OXOX

To Olivia, I’m so proud of the young woman you’re becoming. Keep chasing your dreams and don’t forget to feed Riley and Sophie. J ~I love you!

My street team, the many, MANY bloggers and readers who believe in my characters and my words; you are my inspiration and you are invaluable to me! I couldn’t do this without you! I wish I could name you all, but there aren’t enough pages in this book.

The WFD author group, thank you for all your snarky, fun, and laugh-filled support! You bitches rock! That is all.

Tons of gratitude goes out to my agent, Elizabeth Winick Rubinstein, and my foreign rights agent, Shira Hoffman, of McIntosh & Otis Literary. Thanks for helping me navigate the quagmire. XOXO

Chasity Jenkins-Patrick and Donna Soluri of Rockstar PR—Thank you for your wisdom and unending enthusiasm. ~Hugs

Thank you to Colby Lefebvre for becoming the gorgeous face of Alex Avery! Perfect!

Thank you to Kristen Karwan, for your hard work on this amazing cover! XO

As always, my editing team, Liz, Sally and Kathryn… I truly appreciate every green, purple, blue and yellow mark-up. XOXO

Life is short… live it to the fullest.

Mark Swanson was a repulsive worm of the lowest form. Angeline Hemming felt it in her gut. It was one of those instinctive things that grabs hold and festers down deep, eating away at your insides, bringing the sour bile up into your throat and keeping you awake at night. Unfortunately, looking at the bastard, there wasn’t much about him that screamed ‘pedophile’ or ‘criminal’ but, wasn’t that true of the sickest fuckers in history? Jeffrey Dahmer, Denis Rader, Ted Bundy; they all looked like they wouldn’t hurt a fly, and this bastard was no different. Maybe he was a tad smarmy, but nothing more.

Her job as a criminal profiler had thrown Dr. Angeline Hemming in the paths of more than her share of shady characters, but Mark Swanson made her skin crawl. After interviewing his stepdaughter and hearing the girl’s terrifying stories of how she’d been repeatedly assaulted and raped for the past 3 years—nothing, not even inconclusive tests—were going to convince Angel he wasn’t guilty as hell. Too bad the test results would be the only thing she could base her opinion on. Creepers like Swanson had a way of slithering out of the grasp of justice and nothing infuriated her more. Freaking deviant!

Angel shivered as she entered the Home Depot store near Lincoln Park. Despite the warm Spring weather, her thoughts left her shaking and she wasn’t sure if it was out of anger or fear. Her head never shut off and it was driving her crazy and giving her a headache. Sunday afternoon stretched out in front of her and she needed something to take her mind off of her troubled thoughts for a few hours. It seemed as good a time as any to redecorate the spare bedroom of her apartment, or at least begin making preparations. Her best friend, Becca, and her baby daughter, Jillian, stayed over quite often and Angel thought she might brighten the room up by painting and ordering new curtains and bedding. Maybe she’d even use some of that chalkboard paint on one wall. Jillian would certainly love that. With a sigh, she realized Becca might protest Angel teaching the little girl how to draw on the walls, but she looked forward to picking out the colors, at least.

The new project might be a nice way to spend the evening, and it would give her plenty of time to revisit the plaguing case she was working on. Her life was full, but sometimes the loneliness got the better of her. She considered getting a pet, though she wasn’t lonely in the true sense of the word. She was too busy for that, but it might be nice to have something to take care of and to love.

She chose a soft teal and a cool cream, planning on painting two of the walls teal and the others plus the ceiling the contrasting cream. The en suite bathroom would be mostly cream with brown and teal accents in the accessories and towels. After deciding to purchase Jillian an easel instead of opting for the on-wall chalkboard, she took her choices to the counter. The man mixing her paint gave her a thorough once over. He was tall and skinny with thinning greyish hair and a thick iron-colored mustache that grew grotesquely over the top of his upper lip. Ugh! Angel’s stomach turned. Dirty old man, she thought in disgust.

Admittedly, her job made her jaded. More and more, she concluded men were just a necessary appliance, that to her chagrin, were needed every once in a while. It had been three years since she’d been in a relationship that went beyond sex. Not since Kyle. He was the last man she’d had any sort of real feelings for, but he had turned into a major disappointment. Now she was colder and harder. If she was honest, it was much easier, and certainly less hurtful, to keep her guard up. It kept her in control of her life and emotions. Men were messy, self-obsessed creatures, most of them needing mommies to tell them what to do, and Angel found that trait annoyingly unattractive. Whoever said women were fucked up and ruled by their emotions never considered it was better than being led around by a swollen appendage. It seemed, at least to Angel, that when their dicks inflated, men’s brains lost all conscious thought. Most turned into rutting dogs, their minds flopping around like a proverbial fish out of water, completely helpless to the outcome of their actions.

She huffed loudly enough for the woman a few feet further down the aisle to glance in her direction and Angel flushed.

It was their excuses that Angel couldn’t tolerate. It often seemed they were 5 and didn’t have any self-control. Even Kyle. How depressing it became when someone you thought was so strong, took the lamest, most cliché way out. Angel had no time for that bullshit, anymore.

She paced back and forth in front of the counter, and the man looked over his shoulder more than once, finally blatant about his staring.

He disconnected the cans one by one from the paint-mixer and handed them to her, and, as he did so, his fingers brushed against hers.

“Have a nice day,” he murmured, still holding on to the last can of paint. He leered down, obviously straining to get a look down her blouse, his eyes roaming over the soft swells beneath the purple cotton and to the creamy skin and sumptuous curves showing where the top three buttons were left undone.

Angel paused and threw him a scathing look, her eyebrow shooting up. She cleared her throat to get his eyes to snap up to her face. “If you’re done pissing yourself—can I please have my paint?”

Instantly, his face infused red, and he hastily handed it over, clearly embarrassed at being caught looking. “Ugh, yes, ma’am,” he stammered. “Sorry.”

Angel put the paint in her cart, turning away without speaking, while the clerk turned and darted from behind the counter then down an aisle. She wasn’t even dressed up. She had on a casual five-dollar top from Wet Seal, old cut-off Levi’s and two-dollar flip-flops. Her face was devoid of makeup save for moisturizer and light eyeliner, and her hair was tied up in a messy bun. She stopped to look through the brushes and rollers, wondering what she’d need for her little fix-it project.

“What else does she want to do?”

Angel glanced up at the sound of the deep male voice coming from a couple aisles over.

“She wants the sunroom painted and to re-do part of the patio around the pool. The concrete is cracking. She wants one of those stone things.” Another man’s voice answered. It had the same deepness, but sounded older and very dignified.

“Not that I mind helping, Dad. But just hire someone to do it.”

Three men turned the corner, all of them tall, close to the same height, two with dark, almost black hair, and the third salted with grey. Angel’s hand reached out to choose a paint roller and a few brushes, adding them to her cart before she moved around the other side of the waist-high shelving.

“It wouldn’t hurt you to help your mother, Cole,” the older voice said.

Angel sensed movement across from her and found herself staring into a pair of beautiful, deep green eyes, and the most stunning face she’d ever seen on a man. Strong features, beautiful; but still very masculine. The dark, almost black hair that fell thickly over his forehead and brushed the collar of his light teal T-shirt, made his eyes even more vibrant and striking.

Her mouth fell open slightly as her breath left in a rush. His skin had a golden hue despite the season, as if he’d recently spent some time on a tropical island. He was tall, and she was sans heels so he towered over her. His broad shoulders, muscled chest, and sinewy arms said he worked out a lot. He was cut, but not so huge that Becca would classify him as a meathead. His clothes were casual, but expensive, though she barely registered what he had on, mesmerized, as she was, by his oozing sex appeal.