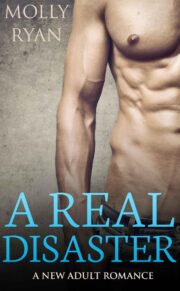 Bri’s just starting college and she’s been a nerdy goody two shoes her entire life. That all changes when she meets her new roommate Laci. She’s everything but a nerdy goody two shoes and changes Bri’s outlook on everything including guys.
Pressured by Laci to meet guys, Bri goes on a date with Turner who is cute, nice, and everything she is looking for. When she gets too drunk she decides to cut the date short and go home. However, on her way back Turner’s nemesis Nash notices Bri stumbling a long and walks her the rest of the way. He’s hot, cocky, plays in a band, and has secrets. That night she does something she wasn’t prepared for and it changes the direction of her life…

There was one problem about being a good girl. One single thing that I can pin point almost immediately: Good girls hardly ever do anything. How would I know? Because I’m a good girl, of course. I’ve been a good girl my whole life, from my first ‘A’ in kindergarten to becoming the valedictorian of my graduating class.

People ask me all the time why I was a good girl. Didn’t I want to have fun? Didn’t I want to have a life? Didn’t I want to fall in love and have more memories? These were the questions that they would ask and I would answer the same way. Of course I want all of that. That’s all I ever wanted but it just never happened. The girls I knew who weren’t good girls were usually the ones who ended up pregnant and alone. They were the ones that contracted STDs and the one’s whose names and numbers were on the stalls of the boy’s bathroom. So as much as I hated being a good girl, it was easier to do so. There was no drama if I was a good girl. However, college changes everything.

The campus was crowded with people… Almost overcrowded. Kids and their parents were everywhere. Every time I turned there was another rolling luggage passing me by or two friends hugging hello after a long summer away. I, on the other hand, had nothing but a duffel bag and a nervous smile for everyone else. I guess that’s what happens when you’re a freshman and thousands of miles away from home.

I adjusted the strap of the bag on my shoulder and steeled my back, standing straight. I wouldn’t show fear, I couldn’t. If I showed any type of fear the vultures of the college would eat me alive. That’s what I thought anyway. So instead, I pulled my mouth into a full smile and began to look people in the eye.

“Hello,” I said to one person. “Hey,” I said, turning to another. Both people stared at me, their eyes wide.

Great, now I look like some kind of freak.

I kept the smile on my face but I shifted away from the girls and grabbed the map in my pocket. Studying the page, I used my finger and traced a path from where I was to my new dorm. My furniture and rest of my clothes were already there waiting for me. So was my roommate, the roommate I had only spoken to on the phone a couple of times. We never met up, never introduced ourselves, nothing. I took a deep breath and headed towards the dorms.

My hands shook as I approached the door of my dorm. It was closed and I took the key out of my pocket, inserting it into the lock and turning. The lock clicked open and the door swung to the side. I was greeted with an army of My Little Pony staring at me from one of the dresses. The neon colored plastic ponies stood in three straight lines.

I walked through the threshold.

This cannot be happening.

It was my luck to be stuck with the child of the dorm house. Obviously I had drawn the short straw.

“Welcome!” a cheery voice greeted me. “You must be Lily! It is so nice to meet you! I am Sabrina! I am so excited!”

Sabrina took my hand, shaking it so hard that the rest of my body shook with it.

“I hope you don’t mind but I took the bed on the left. My bed at home is on the left of my room so taking it kind of made me feel better.”

I stared at Sabrina not saying a word. “Oh but if you like the bed on the left I can move. I don’t want to start off on the wrong foot because of a silly thing such as the bed.”

It’s official. Her rambling made it obvious that she was nervous.

Glad I wasn’t the only one.

I slipped past Sabrina and walked over to where my rolling luggage was waiting. Kneeling down, I unzipped it and started moving the clothes from the luggage into the one empty dresser, all the while avoiding looking at the My Little Pony dolls.

I had to figure out some way of getting rid of those things.

“So what do you like to do?” I heard Sabrina ask.

I could hear springs squeaking as Sabrina sat down on her bed.

I kept my answers short and simple hoping that it would deter Sabrina from talking anymore so I could unpack and get settled.

“That’s it? Seriously that’s all you do?”

“What do you mean how?” I asked as I faced my new roommate. “It’s not that hard.”

I had shocked her, obviously.

“It sounds… Boring. Haven’t you ever gone to a party? Had a drink?”

“The point is that you socialize! You meet other people and make friends. Maybe even get yourself a boyfriend, or at least a good hook up.”

“Why? So I can end up pregnant or carrying a disease?” I rolled my eyes. “That’s exactly what I want to do.”

Sabrina sat there, staring at me with her mouth hanging open.

“Are you telling me that you’ve never kissed a guy? Never had sex?”

Actually, it was one. I kissed one single guy my entire life and it wasn’t even someone that I had feelings for. Back in tenth grade, when I was nearing my sixteenth birthday, I decided that I was sick of waiting for ‘Mr. Right’ to sweep me off my feet.

I was officially the only one of my friends and probably even in my grade that had never kissed someone else on the lips at the time. Some people thought it was admirable but most of them made fun of me, snickering behind my back. They thought I was a freak and I started to believe them.

So one Friday after school I asked my friend Steve, a kid I had known since we were in diapers, to kiss me. I wanted to get it over and stop being the ‘freak’. Steve wholeheartedly agreed and I was sure it was mostly because of the massive crush he had on me. The kiss was wet and sloppy but I wouldn’t have traded it for the world. I had finally gotten my first kiss and I wouldn’t be the ‘freak’ anymore.

Although I still was.

“What about sex? Have you had sex?” Sabrina asked. I shook my head. “Have you even sucked a dick?”

This time my lip curled and I gagged.

“Gosh, are we seriously having this conversation?” I asked. “But, no. It’d definitely have to be the right guy because it sounds disgusting.”

“It’s not that bad,” she informed me. “When the guy is hard, which he usually always is, it’s fun. It’s like having an ice cream cone. First you start at the top and swirl your tongue over the tip. Guys like it if you stick your tongue right in the little hole at the top. I’ve heard that doing that to them feels the same as if they ate us out. It drives the guys crazy.”

I put my hand up but Sabrina continued still.

“Then you have to start on the shaft. You put your lips on his head and make your way down. Guys like when you put it in as far as you can. Some even like it if you gag on it. It makes them even more excited.”

“Sabrina stop,” I said and put my hand to my stomach.

I felt nauseous and I looked around for a garbage pail to throw up in. There wasn’t one.

The words felt like a slap and I actually skittered back from my roommate.

“No,” I said hotly. “But, I’m not that kind of girl. I don’t do those things. I have school to worry about so I can keep my scholarship.”

There it was, the ‘freak’ word again. It seemed like I couldn’t get away from the damn word. But unlike when I was sixteen, this time the word didn’t bother me.

I’m the freak and yet she has a My Little Pony collection?

I kept my mouth shut. There was no point of getting into that with my roommate. I didn’t have time for the drama that surrounded roommates not liking each other. I had a G.P.A. to keep up.

Sabrina frowned and then immediately forced her face flat.

“My mom told me that frowning caused wrinkles earlier. I can’t wrinkle my face.”

She looked at me as if I was an idiot.

“Because I’m going to be an actress,” Sabrina said. “Duh.”

Of course she was going to be an actress.

That’s exactly why she was in college.

How could I not have known that already?

Refraining from rolling my eyes, I turned back to my clothes and continued to unpack. This was going to be a long, long year.

What the hell was I thinking?

I sat in my dorm room staring at the wall. Classes didn’t start for another week and I was stuck here, in the cramped room, with absolutely nothing to do. I had no friends, I didn’t know where anything was, nothing. Basically I was screwed.

My hands itched to pick up the phone and dial my house number. My parents would come and pick me up, that I was sure of, and they would let me stay with them until the classes started. That’s what they wanted me to do to begin with. But I couldn’t call them, I wouldn’t. If I called them they would lecture me about how they were right and I was wrong.